In a gross violation of human rights, three minor girls were booked for physical assault and inserting a log of wood into the vaginal area of a class 3 girl student here in Pendra. 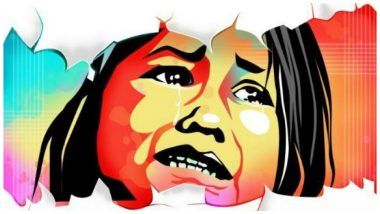 Bilaspur (Chhattisgarh) [India], Feb 28 (ANI): In a gross violation of human rights, three minor girls were booked for physical assault and inserting a log of wood into the vaginal area of a class 3 girl student here in Pendra. The incident came to light when the seven-year-old victim complained of severe pain and discomfort to her mother, who then took her to the hospital for treatment and also reported the matter to the police.

As per reports, the incident, which took place in a pre-matriculate hostel here, sparked off following an argument that arose among a group of girl students. The victim had allegedly dropped a few washed clothes belonging to three girls studying in class 7 and 8, by mistake. Following this, the three older girls began to beat up the victim, and subsequently, inserted a wooden log into her vaginal area.

Soon after this incident, the victim's mother had visited the hostel to bring her back home for a festival, but no superintendent was available at the venue. She, therefore, informed a domestic help and took her daughter back home. However, the victim, who was in severe pain, hesitantly confessed to her mother about the atrocity and was immediately taken to a hospital for treatment.

"The girls tortured our child a lot and threatened to further beat her up if she complained of the incident. When we spoke to the caretaker after finding out about the incident, she denied that anything happened. Our child was extremely scared of telling us anything out of the fear of having to face those girls again," a relative told ANI.

The hostel caretaker, however, denied the occurrence of this incident.

Upon receiving information of the incident, the police of Gaurella town began investigations regarding the matter and booked the three minor girls under Section 377 of the Indian Penal Code (IPC) and the Protection of Children from Sexual Offences Act (POCSO Act) 2012. Investigation in this regard is underway.