Indrani Mukherjee made shocking statements before the CBI Judge and remarked she had fainted after food provided by the jail authority. She also denied that she ate something brought from outside the prison and blamed the jail authority for drug overdose. 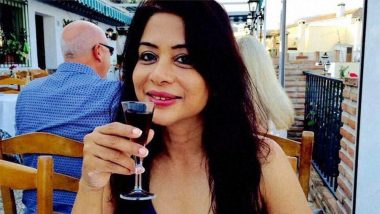 Mumbai, April 23:  The sensational Sheena Bora murder case prime accused Indrani Mukherjea on Monday told the Special Central Bureau of Investigation (CBI) court in Mumbai that her life is in danger and someone wants to kill her.

Mukherjea made the shocking statements before the judge and remarked she had fainted after consuming the food provided by the jail authorities. On her recent admission to the JJ Hospital due to drug overdose, she denied consuming anything from outside the prison and instead, blamed the jail authority of adulterating her medicine and food.

Mukherjea is currently lodged in the Byculla central jail on the charge murdering her own daughter Sheena Bora -born from her first husband Sanjeev Khanna.

Earlier, Mukherjea was allegedly found in unconscious state and was taken to the state government run JJ Hospital, Byculla for medical treatment. During medical examination doctors found due to the drug overdose she became unconscious. However, the jail authorities is yet to ascertain whether the drug overdose was intentional taken or not.

Adding to it, Indrani also earlier called a protest against the jail authority after one of the jail inmate Manju Shetye was allegedly beaten up on June 23, 2017 by jail staff for failing to account for two eggs and five 'paav' (bread loaves) meant for distribution to inmates.

After Manju's death, Indrani, and other jail inmates, including Shahnaz Maniyar, Vaishali Mudle, Hasina Shaikh, Mariam Shaikh and around 200 others, began a protest on 24 June for their demands, which included making available a lawyer and allowing media access inside the jail, as per the news reports.

During the protest, some of the enraged inmates went up to the prison's roof, while others made a bonfire of newspapers and documents inside the premises to express their anger, according to the statement made by the police following the controversy. Meanwhile, the Nagpada police booked nearly 200 inmates of the Byculla jail, including Indrani, for rioting, unlawful assembly, assault on a public servant and other relevant sections of the Indian Penal Code(IPC).

While Indrani expressed her desire to become witness for the woman prisoner’s assault case. She told to court that the jail superintendent also allegedly ordered lathi-charge after turning the lights off in the jail after the protest held by the prisoners.

(The above story first appeared on LatestLY on Apr 23, 2018 06:00 PM IST. For more news and updates on politics, world, sports, entertainment and lifestyle, log on to our website latestly.com).