The Government Has Accepted Our Demands, We Are Happy: Maharashtra Farmers 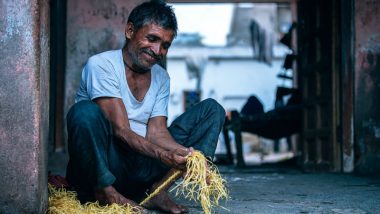 Mumbai, March 13: Maharashtra's farmers on Monday said that it was their combined strength, which made the government bow down in front of them and accept their demands. A farmer from Nashik, who participated in the protest, also expressed gratitude to the people who supported them in their massive protest. "The Government has accepted our demands, we are happy. Leaders of every party and the people of Mumbai supported us. Our strength combined with theirs hence this result," said Sanjay Sukhdev, a farmer who was participating in the protest. "We are very happy. Our demands have been met. We will be getting back our land which is like a mother to us," said Suresh Jairam, another farmer from Nashik.

Farmers, who gathered here to participate in the protest march called by the All India Kisan Sabha's farmers from across the state called off their protest after the state government gave specific commitments on two of the protestors' nine demands and assured in writing the rest would be looked into by committees it would constitute. Earlier on Monday, Chief Minister Devendra Fadnavis, said he was extremely positive in fulfilling the demands of the farmers and that his government was trying since day one of the march to discuss various issues with the farmers.

Over 30,000 farmers held a protest march, walking for about 180 km in the sun from CBS Chowk in Nashik to Mumbai's Azad Maidan. The protest, which was held to demand a complete loan waiver among other things, commenced on March 5. The farmers of the state have been demanding an unconditional waiver of loans and electricity bills; implementation of the Swaminathan Commission recommendations; announcement of minimum support price for agriculture produce; and a pension scheme for farmers.