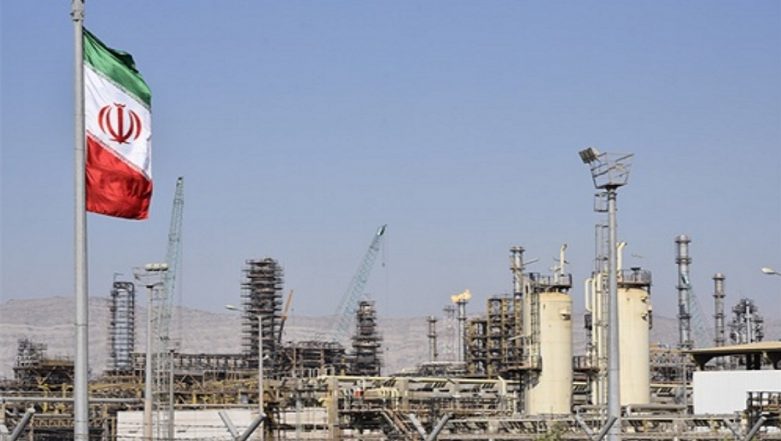 The Trump Administration has reportedly conveyed to India that oil imports from Iran have to be stopped completely by November, when sanctions against Tehran are implemented.

The U.S. has told India and other countries to cut oil imports from Iran to "zero" by November 4 or face sanctions, making it clear that there would be no waivers to anyone.

The announcement of this decision comes after the U.S. pulled out of the Iran P5+1 JCPOA which placed on limits on Iran’s nuclear activities in return for lifting of economic sanctions. After pulling out of the deal, the Trump administration gave foreign companies either 90 or 180 days to wind down their business with Iranian counterparts, depending on the type of commercial activity.

The U.S. official said Indian and Chinese companies would be subject to the same sanctions as those in other countries. Given the huge energy needs, India and China are major importers of Iranian oil.

"Their (India and China) companies will be subject to the same sanctions that everybody else's are if they engage in those sectors of the economy that are sanctionable, where there were sanctions imposed prior to 2015. "We will certainly be requesting that their oil imports go to zero," the State Department official said on condition of anonymity. "We view this as one of our top national-security priorities," the official said.

Responding to questions, the official said all countries should start reducing the import of oil from Iran now and bring it to zero by November 4.

The official said this is part of the Trump administration's effort to isolate streams of Iranian funding and are looking to highlight the totality of Iran's "malign behaviour" across the region. "We remain engaged with the EU-3 throughout this process, and we are going to continue to branch out in new countries and reach new partners as the weeks go forward," the official said.

The EU three refers France, Germany, and the United Kingdom the other signatories of the Iran nuclear deal.

The State Department asserted that there would be no waivers under the new sanctions regime. "I would be hesitant to say 'zero waivers ever'. I think the predisposition would be, 'No, we're not granting waivers'," the official said.

Even as news came of the Trump Administration’s stance on Iran's oil exports, the much touted 2+2 dialogue, between India and the U.S. has been postponed indefinitely. External Affairs Minister Sushma Swaraj and Defence Minister Nirmala Sitharaman were scheduled to be in the U.S. next week for talks with their American counterparts Secretary of State Mike Pompeo and Defence Secretary James Mattis.

One foreign media news agency quoted Nikki Haley, U.S. Ambassador to the UN who is in New Delhi to visit with various Indian leaders as saying that she told the Indian leadership, including Prime Minister Narendra Modi that it is important for India to cut its dependence on Iranian oil. She also confirmed that Washington would soon be imposing sanctions on Tehran.

In a recent report, the bipartisan Congressional Research Service (CRS) said as international sanctions on Iran increased in 2010-2013, India sought to preserve its longstanding ties with Iran while cooperating with the sanctions regime.

In 2010, the Reserve Bank of India ceased using a Tehran-based regional body, the Asian Clearing Union, to handle transactions with Iran. In January 2012, Iran agreed to accept India's local currency, the rupee, to settle nearly half of its sales to India.

"During 2011-2015, India reduced its purchases of Iranian oil - at some cost to its own development" - in order to receive from the U.S. administration exemptions from sanctions.

"India has increased oil purchases from Iran to nearly pre-2012 levels after sanctions were lifted, and in May 2016 India agreed to transfer to Iran about USD 6.5 billion that it owed for Iranian oil shipments but which was held up for payment due to sanctions," the report said.

"India's position has generally been that it will only enforce sanctions authorised by UN Security Council resolutions, rendering it likely that India will resist U.S. efforts to compel it to comply with re-imposed U.S. sanctions such as those that mandate cuts in oil purchases from Iran," said the CRS report. (With Agency inputs)