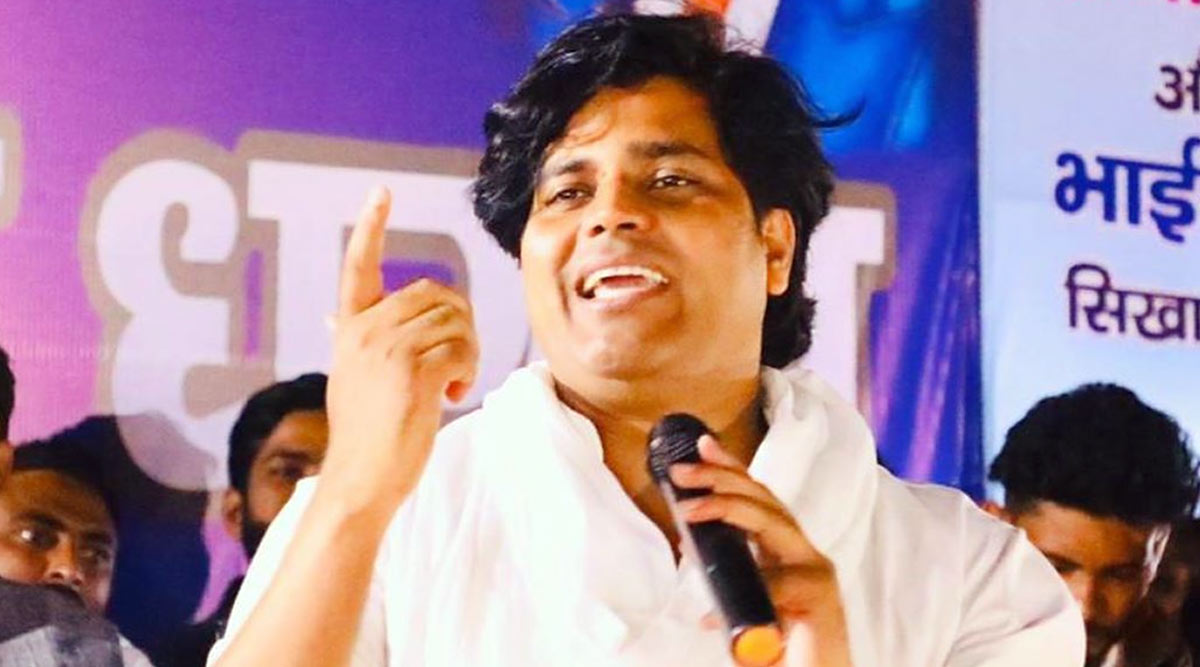 Moradabad, February 15: Poet and Congress leader Imran Pratapgarhi was slapped a fine of Rs 1.04 crore by the Moradabad District Administration for participating the protests against the Citizenship Amendment Act (CAA) and for allegedly instigating the demonstrators. In the notice, police claimed that Rs 13 Lakh were per day was spent on the deployment of the security personnel at the protest site. Anti-CAA Protests: Uttar Pradesh Government Starts Process to Seize Property of Rioters.

The protest have been taking place in Moradabad at Eidgah premises since January 29. Pratapgarhi was also asked to appear before the additional city magistrate on February 12, but he did not appear. However, the Congress leader called it a  UP government’s tactic to scare the protesters. “Government is trying to find new ways to scare the agitators. But we cannot afford to be afraid of such tactics as the fight is now for (our) existence,” reported Hindustan Times quoting Pratapgarhi as saying.

Moradabad District Magistrate Rakesh Singh justified the notice. Singh said that action was taken against the protesters for defying prohibitory orders imposed under Section 144 of CrPC. On January 31, the administration had lodged an FIR in Ghalshaheed police station against 600 people for shouting objectionable slogans. Anti-CAA Stir: UP Government Seeks Recovery of Damages Caused During Protests From 28 People Days After Yogi Adityanath's 'Revenge' Remark.