Atal Bihari Vajpayee Statue Installed in Lucknow, to Be Unveiled on His Birth Anniversary on December 25th 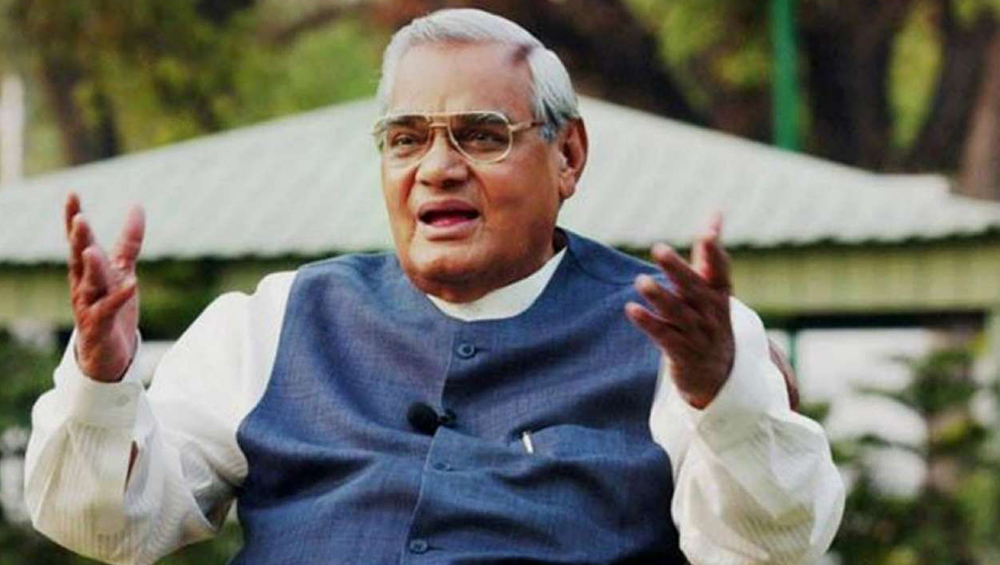 According to sources, Uttar Pradesh Chief Minister Yogi Adityanath has requested Prime Minister Narendra Modi to unveil the statue. Sources said that the Prime Minister's Office was yet to confirm Modi's availability on December 25.

Sculpted by famous sculptor Raj Kumar Pandit of Jaipur, it statue is going to be the tallest statue in the state. Atal Bihari Vajpayee 1st Death Anniversary: Five Poems From Poet-Politician That Proves the Former Prime Minister's Might With Words.

#LiveNewsIndia24 25 feet tall bronze statue of former Prime Minister Atal Bihari Vajpayee brought to Lucknow from Jaipur. The statue will be unveiled at the Lok Bhawan on 25th December. (9.10.19) pic.twitter.com/08mrO8xfnl

Vajpayee's life-size statue was commissioned on March 9, 2019 to Jaipur's Works for Artist Foundry. It has been mounted on an eight feet high base, prepared by the Uttar Pradesh Rajkiya Nirman Nigam Limited.

The statue has come up at the spot where a cut-out of Vajpayee, overlooking the imposing entrance to the Lok Bhawan, was symbolically placed. Vajpayee represented Lucknow in the Lok Sabha for a record five consecutive terms, which also included his three stints as Prime Minister.

Last year, a 12.5 ft bronze statue of Swami Vivekananda, made by Maharashtra's Uttam Pacharne, was unveiled at the Raj Bhawan by the then governor Ram Naik and the Chief Minister Yogi Adityanath.

Four more statues -- all 12.5 ft high -- that are nearly ready and are being given finishing touches include those of Adityanath's revered gurus Mahant Avaidyanath and Mahant Digvijayanath, former Uttar Pradesh chief minister Hemvati Nandan Bahuguna and also Bhartendu Harish Chandra -- widely regarded as the father of modern Hindi literature and Hindi theatre.

While Bhartendu Harish Chandra's statue would be installed at the Bhartendu Natya Akademi in Gomti Magar, the place and positioning of Bahuguna's statue as well as those of spiritual gurus from Gorakhnath Math, of which Adityanath is the head priest, are yet to be decided.

"Unlike in previous governments when statues were mostly sanctioned on political lines, the Adityanath government is sanctioning statues of leaders which inspire our young generation," said Uttar Pradesh Minister Ashutosh Tandon.

In the Bahujan Samaj Party regime, statues of almost all Dalit icons were installed in various places in the state capital while Akhilesh Yadav, in his regime installed statues of Janeshwar Misra and Ram Manohar Lohia.