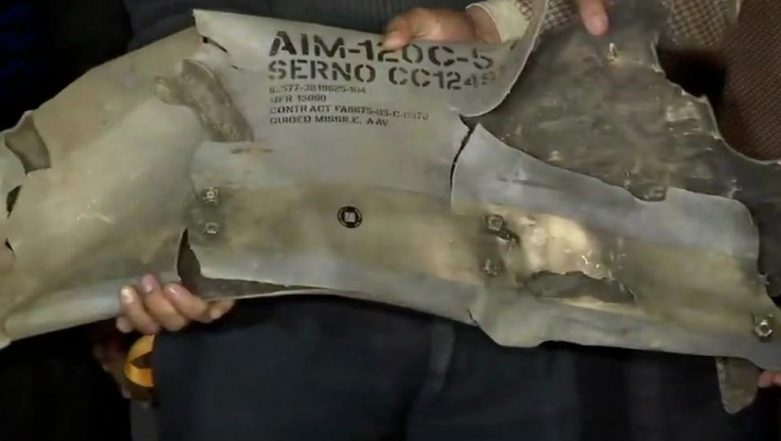 New Delhi, May 18: More than 75 days after the Indian Air Force (IAF) struck Jaish-e-Mohammed (JeM) targets in Pakistan's Balakot, the Pakistan Air Force is still wary of the safety of its fighter fleet including the frontline F-16 fighter planes.

The Pakistan Air Force has taken out its F-16s from their home bases in Sargodha, Punjab, and Sindh and has deployed them at their satellite fields in a scattered manner, government sources have said. Masood Azhar's Brother Confirms IAF Mirage 2000 Jets Hit Jaish Training Camps in Balakot Air Strikes.

These deployments could have been made to avoid any major losses in one go in case of any possible strikes from India that they may be apprehended, sources said.

Sources said the Pakistan Air Force has been at forward locations all along the Line of Control (LoC) and the International Border (IB) after Balakot strikes and its failure to counter India. The Pakistan Army has also maintained a heavy deployment of tanks and armoured regiments along Sialkot region close to Jammu region and Indian forces are keeping a close watch on their activities there, sources said.

India has also made precautionary deployments against these armoured formations on its side of the borders including its own advanced armoured forces, they said.

Pakistan has been in a state of high alert for more than two and a half months now as it has still kept a majority of its air routes closed and blackouts were done in many cities post-Balakot strikes conducted on February 26. Twelve Mirage 2000s had crossed over to Pakistan and attacked JeM terrorist training camp in Balakot in Khyber Pakhtunkhwa province to avenge the deadly Pulwama attack in which 44 CRPF personnel were killed.