After attending the birthday party, the boy lost his forearm because he was injected a poisonous substance allegedly by the man whose birthday was being celebrating. 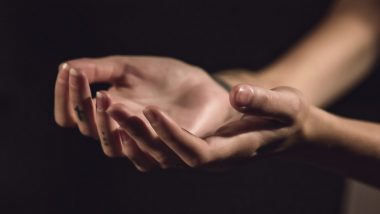 Bengaluru, June 24: For a 17-year-old boy in Bengaluru, his coach's birthday party has become a living nightmare. After attending the birthday party, the boy lost his forearm because he was injected a poisonous substance allegedly by the man whose birthday was being celebrating. The incident took place in Chamrajpet on May 31. A case has been resgistered against the accused coach. Bengaluru Teen Thrashed Brutally With Iron Rods by 5 Boys After Argument Over Instagram Dance Video.

According to the boy's mother, he went to attend the birthday party of his coach on May 31. "About four days later, his right elbow was swollen. We went to Sanjay Gandhi hospital and doctors said there was a poisonous substance in the elbow and the forearm had to be amputated," she was quoted by TOI as saying. Bengaluru Shocker: Man Sears His 3 Children With Iron Rod, Arrested.

The boy told his family that his coach had powdered some tablets, dissolved them in water and injected the same into his right arm. Based on the complaint, police registered a case against youth. Cops are now waiting for medical report from the hospital. "Based on that, we will initiate legal action against the suspect," police said.

The accused coach, who is currently in Central Prison  on vehicle theft charges, has been booked under section 328 (causing hurt by means of poison with intent to commit offence) of the Indian Penal Code. "We will approach the court seeking a body warrant to question him," police added.

(The above story first appeared on LatestLY on Jun 24, 2021 11:24 AM IST. For more news and updates on politics, world, sports, entertainment and lifestyle, log on to our website latestly.com).