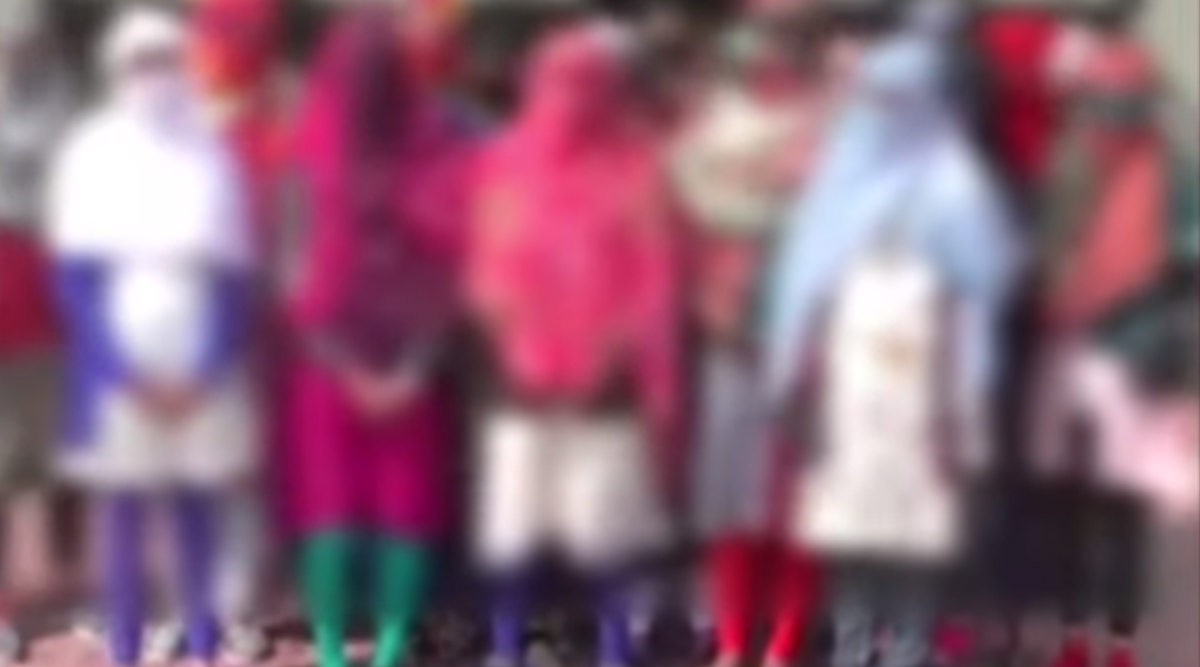 Bhuj, February 14: At least 68 female students of a college in Bhuj were allegedly forced to strip to check who was menstruating. This came after a hostel warden complained that some girls on their periods had entered the college kitchen and ventured near the temple. The girls were allegedly rushed to the washroom and forced to remove their undergarments to prove they weren't menstruating. The shocking episode took place at Shree Sahajanand Girls Institute (SSGI) in Gujarat's Bhuj, Ahmedabad Mirror reported. Girl Students Forced to Strip at Arunachal Pradesh School, NHRC Asks State to Pay Rs 5,000 Compensation to Each.

The College, which is run by followers of Swaminarayan Mandir in Bhuj, is set up inside the premises of Shree Swaminarayan Kanya Mandir. According to the institute's norms, females on their periods are barred from entering the kitchen or venturing near the temple. They are also not allowed to touch other students, Ahmedabad Mirror reported. The college has over 1,500 students including 68 from remote villages who stay in the hostel.

According to a report, the hostel officials complained to principal Rita Raninga that some students who were on their periods entered the kitchen and wandered near the temple. The students were forced to leave the classrooms and queue up in the passage.

The students were taken to the restroom and individually asked to remove their undergarments so that teachers can check if they were menstruating. Taking cognizance of the matter, Krantiguru Shyamji Krishna Verma Kutch University (KSKVKU) Vice-Chancellor Darshana Dholakia said that strict action will be taken. A committee has been formed to investigate the episode.