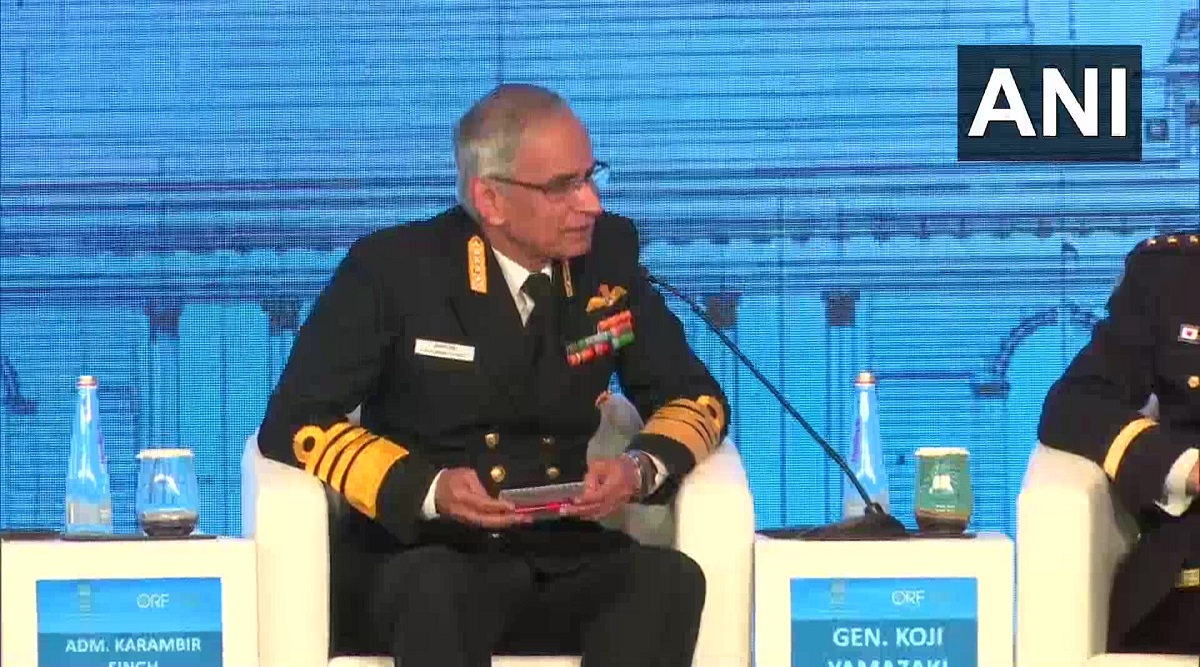 New Delhi, January 15: The Chinese Navy's presence is rapidly increasing in the Indian Ocean region and the Indian Navy is keeping a watch on the developments through "mission-based" deployments, Navy Chief Admiral Karambir Singh said on Wednesday. The Navy chief asserted that China's Belt and Road Initiative and the China-Pakistan Economic Corridor impinge on India's sovereignty. CPEC to Bring Employment Boom in Pakistan: Minister Asad Umar.

Speaking at a panel discussion at the Raisina Dialogue here, he also said that there have been instances when People's Liberation Army (PLA) ships have entered India's exclusive economic zones and the Navy has told them that it impinges on Indian interests. Asked if China has abided by India's assertions when such incidents have taken place, Admiral Singh said in one such incident, recently, "we acted then, they respected and moved out".

His remarks were in reference to the incident in which a Chinese naval ship was driven away from India's Exclusive Economic Zone in the Andaman sea.

The Chinese Navy is the strategic arm of the PLA and it has grown at a very rapid pace, Admiral Singh said.

Djibouti is a reality, Gwadar is on and more places are to come, he said, speaking on China's growing presence. "We have placed our ships in mission-based deployments so that we get an idea what are the activities, not only of China but of all other countries, so that if there is anything that impinges on our national interest or sovereignty, we will have to act," Singh said.

"To my mind if there is any maritime activity that deviates from the norm or rule-based order, that can cause regional instability. That is what we are looking for," he said.

Talking about the Quad grouping, comprising the United States, Australia, Japan and India, Adm. Johnston said it is a shared enterprise between like-minded democracies. Adm Singh said the Quad will evolve organically because there was a common understanding among its members of what they want as the end goal.

On the Indo-Pacific, he said such constructs are not against anybody but for something. Gen Kozi Yamazaki of Japan said that from a military point of view, it is necessary to closely co-operate with countries that share common values.

Adm Tony Radakin said that the UK has responded in a much stronger way in the last two to three years than over the previous decade to protect the rules based international order, particularly freedom of navigation in the South China Sea and the Straits of Taiwan.

Gen Luc de Rancourt of France said his country has a long-standing presence in Djibouti, and has observed the Chinese arrival in the region, but is confident that the France-Djibouti relationship is strong. Gen Yamazaki said the Japan-US alliance is crucial for stability in the region.