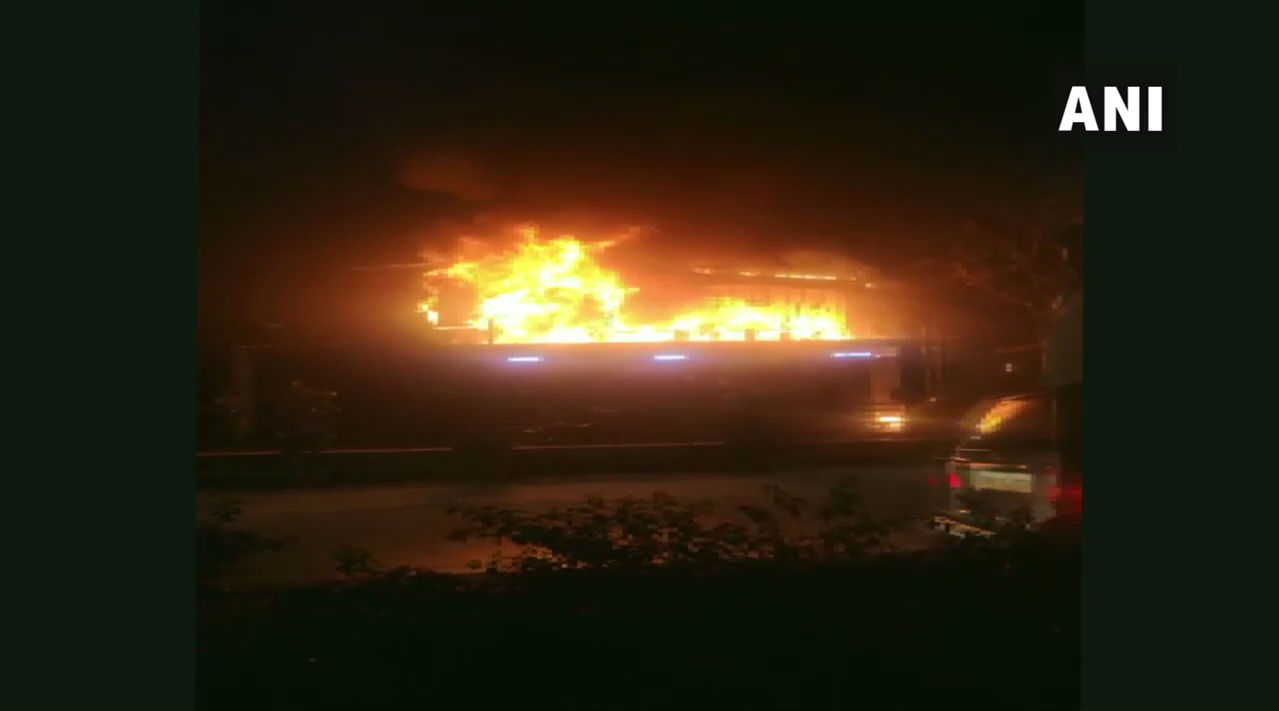 Hyderabad, February 8: Seven cars were charred in a major fire that took place at a car service center in Hyderabad's Musheerabad area on the intervening night of Friday and Saturday.

"We received information that a major fire broke out at a car service center located in Musheerabad area. Four fire tenders immediately rushed to the spot and after some time the fire was doused completely. Mumbai: Fire Breaks Out at High-Rise Apartment Building in Sector 44 Nerul Seawoods.

Seven cars were charred inside the service center," said a fire official. The cause of the fire is not known yet and the exact reason will be ascertained after the investigation.