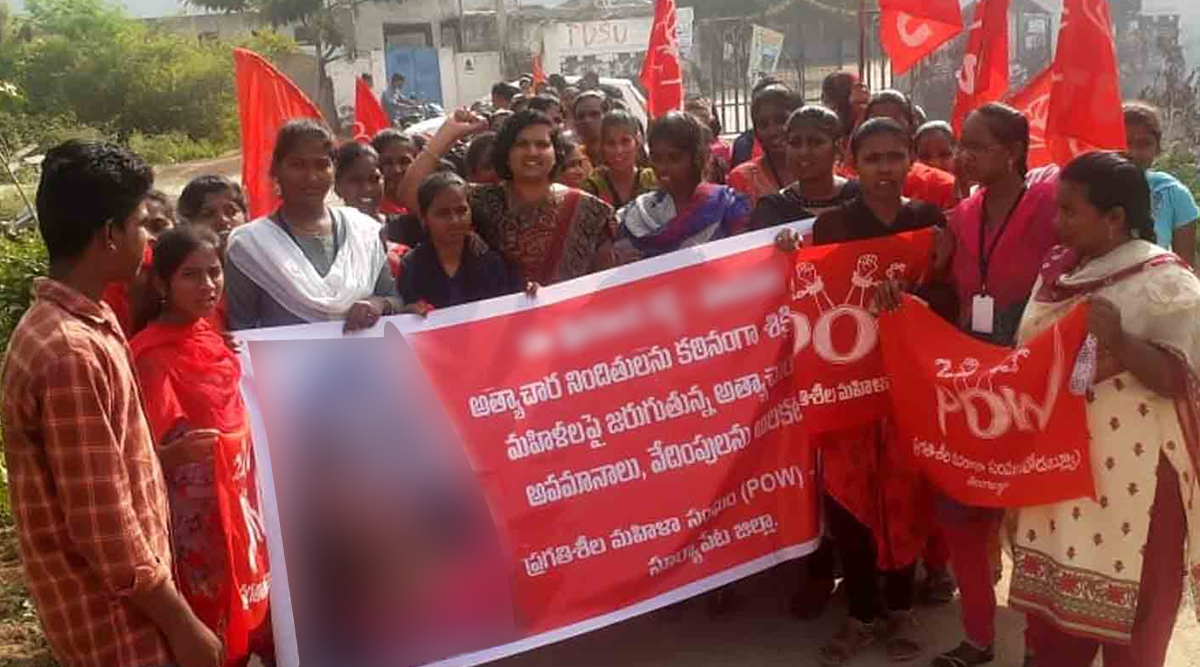 Hyderabad, December 6: A school bus with girl students was seen cheering the police after the news of encounter of the four accused in the Hyderabad veterinary rape and murder case broke out early on Friday morning. The girls in the bus were captured cheering loudly on camera for a few policemen who can be seen in the video tweeted by news agency ANI. All the four accused in the Telangana rape and murder case were killed in an encounter by the police between 3 am-6 am, reported ANI. Hyderabad Vet Rape And Murder: All Four Accused Killed in Encounter With Telangana Police.

#WATCH Hyderabad: Reaction of girl students when news of encounter of the accused in murder and rape of woman veterinarian broke out pic.twitter.com/z238VVDsiC

Senior Police officials arrived at the site of the encounter within hours of the police action. All four accused in the rape and murder of woman veterinarian in Telangana were killed in an encounter with the police when the accused tried to escape while being taken to the crime spot, reported ANI. Cyberabad Police Commissioner V C Sajjanar said in his statement that "the accused Mohammed Arif, Naveen,Shiva and Chennakeshavulu were killed in a Police encounter at Chatanpally, Shadnagar on Friday in the wee hours, between 3 am and 6 am. I have reached the spot and further details will be revealed."