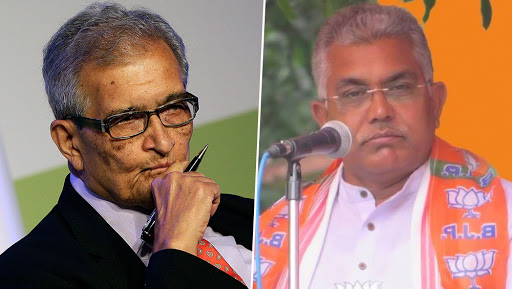 Earlier on Friday, while addressing students at Jadavpur University, Sen had claimed, as reported by NDTV, "I have not heard Jai Shri Ram before (in this way). It is now used to beat up people. I think it has no association with Bengali culture."

The Nobel laureate added, "I had never heard of Ram Navami before. I asked my four-year-old grandchild who is your favourite deity? She replied, 'Maa Durga'. The significance of Maa Durga cannot be compared with Ram Navami. If people of a certain religion are scared to move freely or are fear-bound, it is a serious matter."

The row over chanting 'Jai Shri Ram' began in the state before Lok Sabha Elections 2019 and gained momentum during the polls. As the politics over the became a heated debate, things worsened in West Bengal, with incidences of murders of political leaders came into light.