Pakistan troops again indulged in unprovoked ceasefire violation on the Line of Control (LoC) in Jammu and Kashmir's Poonch district on Monday, following which the Indian Army retaliated befittingly, an official said. 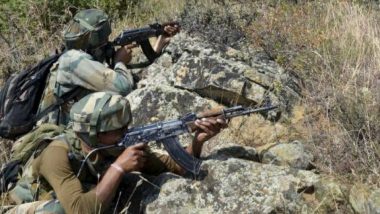 On July 25, the Pakistan troops had violated the LOC ceasefire for the 4th consecutive day in Poonch district.

Pakistan has been violating the ceasefire with impunity since the beginning of this year. So far, in 2020, more than 2,700 ceasefire violations have been reported, in which 21 civilians have been killed and 94 injured.

Hundreds of border villagers are living on the edge as Pakistan shelling and firing has been endangering their lives, homes, and cattle.

(The above story first appeared on LatestLY on Jul 27, 2020 12:24 PM IST. For more news and updates on politics, world, sports, entertainment and lifestyle, log on to our website latestly.com).