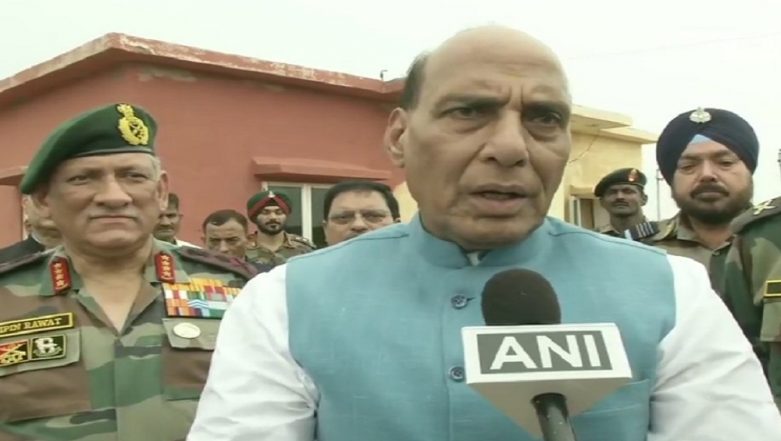 New Delhi, August 20: Defence Minister Rajnath Singh on Tuesday spoke to the United States (US) Secretary of Defence, Mark Esper. As per reports, both the leaders had a conversation on Article 370 and the Kashmir issue. In the telephonic conversation, Singh reiterated India’s stand on Jammu and Kashmir. Narendra Modi, Donald Trump Talk Over Phone, Exchange New Year's Greetings and Discuss Key Bilateral Issues in Defence and Energy Sectors.

According to a report published in India Today, the Defence Minister told Esper that Kashmir is an internal matter of the country. The US Defence Secretary agreed with India's stand on Kashmir.  Singh and Espers also had a discussion on boosting defence corporation between India and the US.

It is the second major interaction of the leaders of both the countries amid rising tension between India and Pakistan over the scrapping of the special status of Jammu and Kashmir. On August 14, Pakistan PM Imran Khan reached out to trump and alleged human rights violation in Jammu and Kashmir. Indian envoy Syed Akbaruddin, during  the United Nations Security Council’s (UNSC) informal meeting, made it clear that in order for talks to begin with Pakistan, the neighbouring nation "will first have to stop terror”.