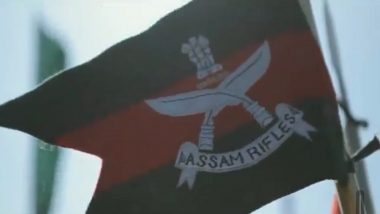 Chandel, July 30: Three personnel from 4 Assam Rifles unit lost their lives and four were injured in an ambush by terrorists from the local group People's Liberation Army (PLA) in Chandel district of Manipur near the border with Myanmar, sources said.

The terrorists first carried out an IED blast and then fired at the security personnel. Manipur: Six Congress Corporators, One NPP Corporator of Imphal Municipal Corporation Join BJP.

Reinforcements have been rushed to the area which is about 100 km from Imphal, sources added. More details are awaited.