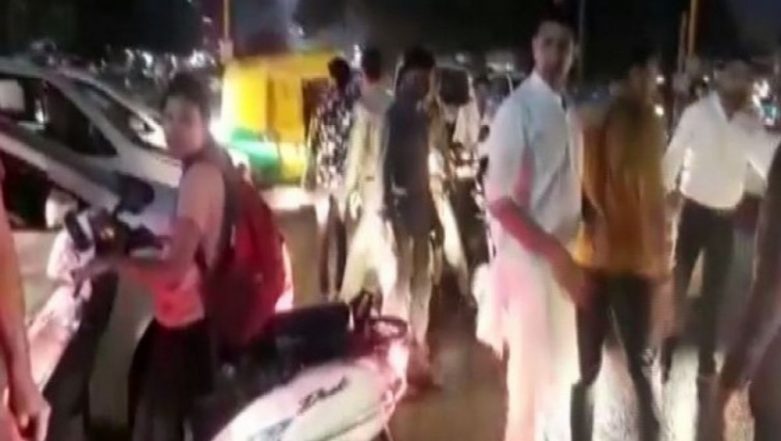 Bhopal, September 11: On Tuesday, Madhya Pradesh Sports Minister, Jitu Patwari got stuck in traffic in Indore. However, unlike others instead of sitting inside in his car and cursing the snarl, he decided to come forward and help in easing the traffic. In a video shared by ANI, Patwari got down from his car and helped in relieving the road jam.

Few other men also joined Patwari and helped in clearing the traffic block that happened at the intersection point where the traffic light was not working. After some time, the traffic started getting cleared and he got into his car. Madhya Pradesh Government to Reward Rs 2 Crore to Each to Sportspersons on Winning Gold.

Watch the video shared by ANI

Two months ago, looking at the interest of the sportsmen and to motivate the players, the Madhya Pradesh government decided to reward Rs 2 crore each to sportspersons on winning a gold medal in international competitions.

Speaking in the Assembly, Jitu Patwari had said, "We have decided to reward players on winning a gold medal in international competitions, like Olympics, World Cup or Asian Games."