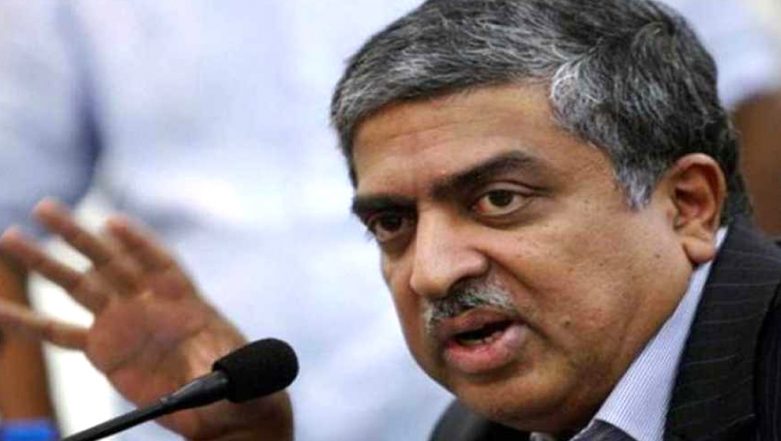 New Delhi, January 8: The Reserve Bank of India (RBI) on Tuesday appointed Infosys co-founder Nandan Nilekani as chairman of a high-level committee to assess the digitisation of payments in the country. Nandan Nilekani will head the committee which is comprised of five members including him. Other four members are HR Khan, Kishore Sansi, Aruna Sharma and Sanjay Jain.

According to the RBI, the Nilekani led panel will review the existing status of digitisation of payments in the country, identify the current gaps in the ecosystem and suggest ways to bridge them. It will assess the current levels of digital payments in financial inclusion and suggest measures to strengthen the safety and security of digital payments.

The five-member committee will also undertake cross country analyses with a view to identifying best practices that can be adopted in our country to accelerate digitisation of the economy and financial inclusion through greater use of digital payments. They will provide a road map for increasing customer confidence and trust while accessing financial services through digital modes, the central bank said in a press release.

The committee is expected to submit its report within a period of 90 days from the date of its first meeting. Nilekani, 62, who was CEO of Infosys between 2002 and 2007, is credited as the architect of the world's largest biometric ID card programme Aadhaar. He returned to Infosys in August last year as chairman of the company.