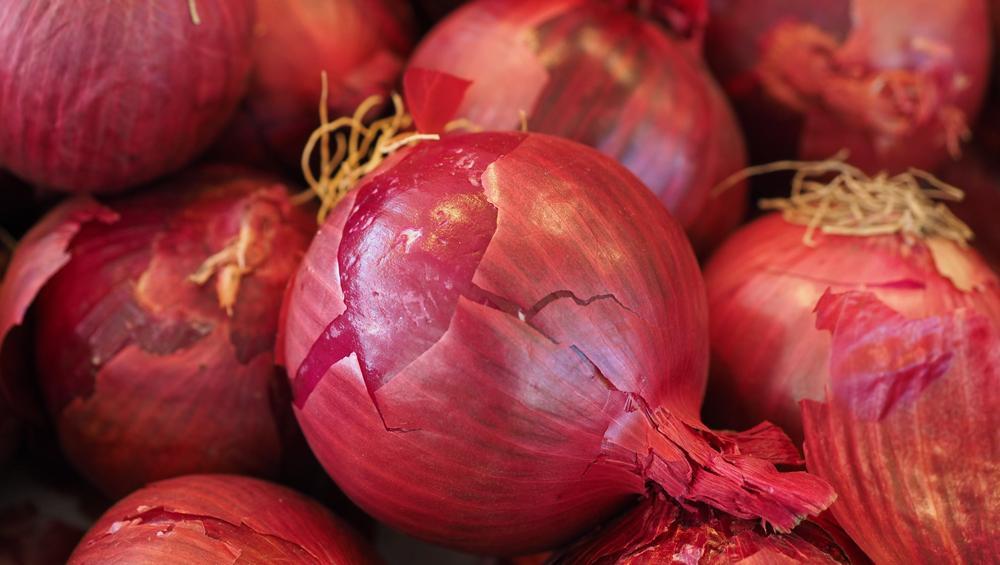 New Delhi, December 6: Pinching hard on consumers' pockets, retail onion prices have surpassed the Rs 100 per kg mark in most cities across the country and in some places it is ruling at Rs 140/kg, as per the official data maintained by the Consumer Affairs Ministry. Onion prices have been ruling high for past few weeks due to fall in production of the Kharif crop following unseasonal rainfall in key growing states, including Maharashtra. Onion Is An Essential Ingredient in Indian Food; Know Health Benefits of the Pricey Vegetable.

The price of onion was ruling at around Rs 120/kg in Mumbai, Chennai and Kolkata, while it was around Rs 100/kg in Delhi on Friday, as per the ministry's latest data. Onion Price Hike: Amit Shah Holds Meet Over Surging Bulb Rate.

The key kitchen staple was quoting high in the tier II and tier III cities as well. The average modal price of onion in the retail markets was ruling at Rs 110/kg, while the maximum rate was ruling at Rs 140 per kg at Port Blair on Friday, the data showed. Onion Price Rise: You May Get IT Notice for Purchasing More Onions, Says Karnataka Congress Leader Dinesh Gundu Rao.

To boost supply and contain price rise, the government has contracted over 21,000 tonnes of imports through state-run MMTC and the shipments are expected to arrive mid-January. The tender and fumigation norms have also been ease to facilitate early arrival of imported onions.

Among other measures, the government has already banned export of onion, imposed stock limits on traders and is also supplying buffer stock at a cheaper rate. Traders and experts are of the view that onion prices will continue to remain firm till January when new late kharif crop will start hitting the market.