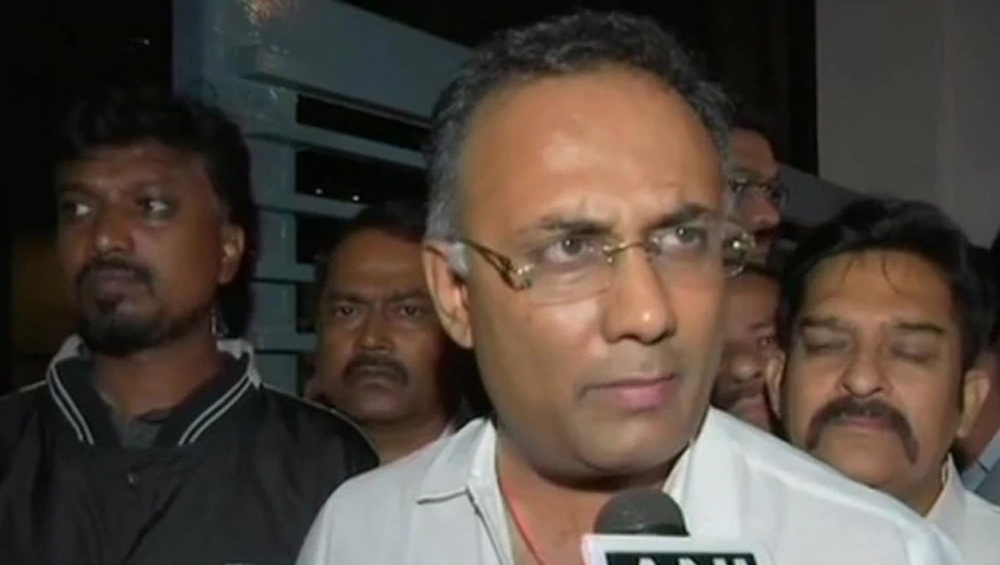 Bengaluru, December 5: Senior Karnataka Congress leader Dinesh Gundu Rao on Thursday took a veiled jibe at the Centre over the rising prices of onion saying that those who purchase a lot of onions will get Income Tax notice. "Today the price of onion is so high that if you buy a lot of onions in bulk, you may get Income Tax Notice. Petrol prices, diesel prices, onion prices all have hit the roof," he said while speaking to ANI.

Rao alleged that BJP had pressurised Kumar to quit Congress, however, he is back in the party fold. While addressing a press conference with Kumar earlier, Rao said, "It is an example of what BJP is doing. BJP is known to do all this. They do not have any confidence in their own leaders and they are just trying to poach our leaders. They have pressurised our corporator Kumar. However, he is back with us," he said.

The Congress leader further said that the BJP should stop its attempt of poaching other parties leaders. Kumar joined BJP here on December 3 in the presence of Chief Minister B S Yediyurappa. Earlier, the Congress had expelled two corporators - M K Gunashekhar and Nethravati Krishnegowda - from Shivajinagar constituency for 'anti-party' activities.