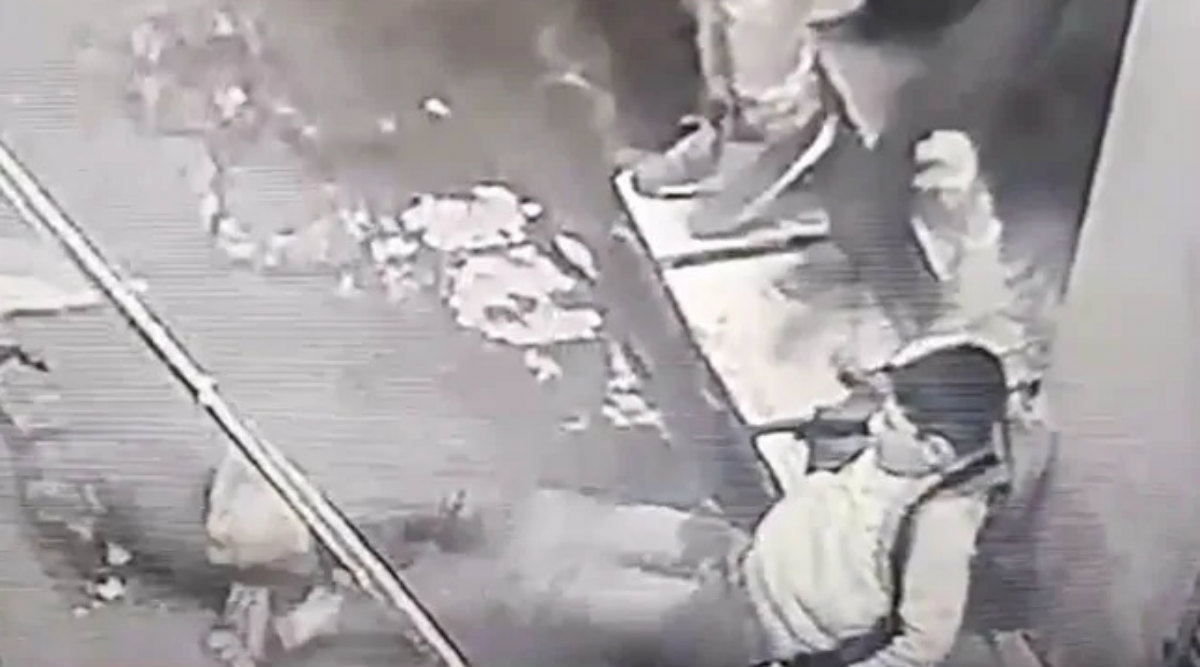 Chandigarh, January 31: In a terrifying incident in Jalandhar, a pet pitbull viciously attacked a 15-year-old boy and grabbed his leg. The struggle between the canine and the boy lasted for over 15 minutes despite passersby desperately tried to prise its jaws open.

The incident occurred on Tuesday evening when Laksh Uppal was returning home on a bicycle from his tuition.

The incident was recorded on a CCTV installed in a nearby house that showed shocking footage the dog biting the boy's leg as he screamed in terror. Pitbull Mauls 12-Year-Old Girl, Punjab Court Sentence Dog Owners to 6 Months in Prison and Rs 1000 Fine.

As the dog pounced on the boy and grabbed his leg, passersby came to his rescue. They hit the canine with stones and a wooden log. Someone also threw water on the dog to separate them.

The dog clawed and bit the boy in front of his mother who also kicked the dog in an attempt to free her son from the animal's clutches. The boy with wounds on both legs was hospitalised. His parents reported the whole incident to the police.