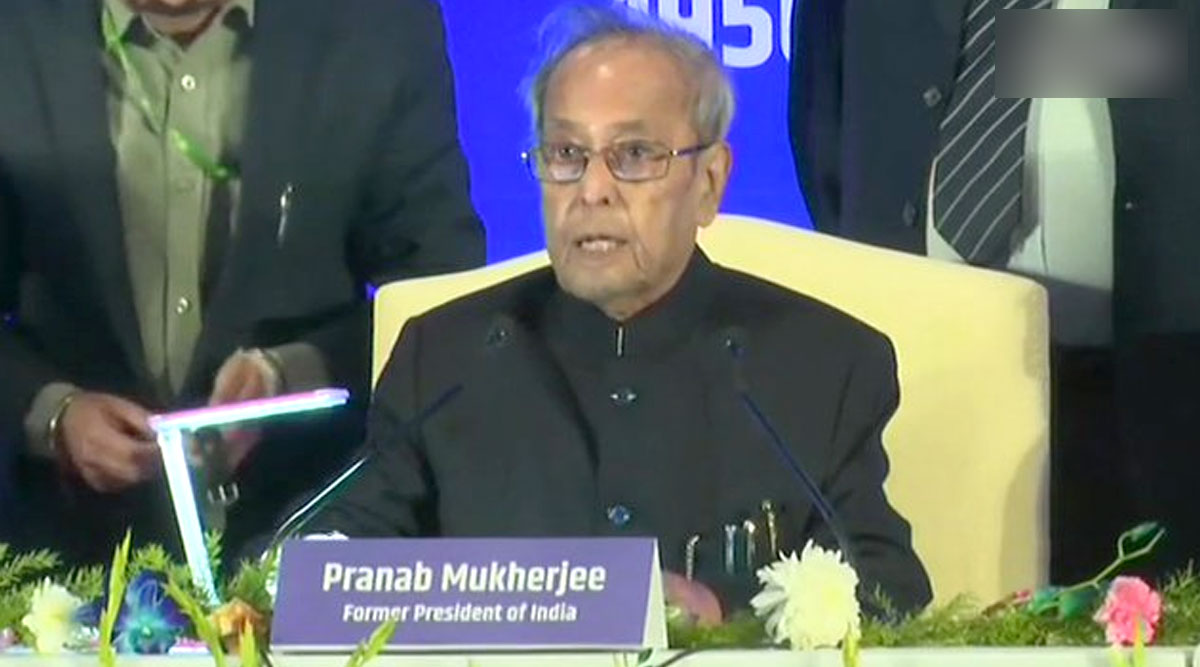 The Former President stated, “Indian democracy has been tested time and again. The last few months have witnessed people come out on the streets in large numbers, particularly the young, to voice out their views on issues which in their opinion are important.” Adding further, he said, “Consensus is the lifeblood of democracy. Democracy thrives on listening deliberating, discussing, arguing, even dissenting.” Pranab Mukherjee Gives Advice to PM Modi, Says 'Please Carry on with Others'.

Former President Pranab Mukherjee, in Delhi: Their assertion and belief in the Constitution of India are particularly heartening to see. Consensus is the lifeblood of democracy. Democracy thrives on listening deliberating, discussing, arguing, even dissenting. https://t.co/oypqMFKZUp

While appreciating youth’s participation in protests aimed at protecting the constitutional values, Mukherjee added, “Their assertion and belief in the Constitution of India are particularly heartening to see.” During his address, he highlighted the challenges faced by the EC, including a possible amendment to the Model Code of Conduct so that development work during its imposition go ahead unhampered.

Since the last two months, the country is witnessing widespread protests against the contentious CAA and the National Register of Citizens (NRC), in which youth participated in large numbers. The Citizenship Amendment Bill was passed in Parliament in December, 2019. The law grants Indian citizenship to non-Muslim migrants who escape religious persecution in the neighbouring Islamic countries.