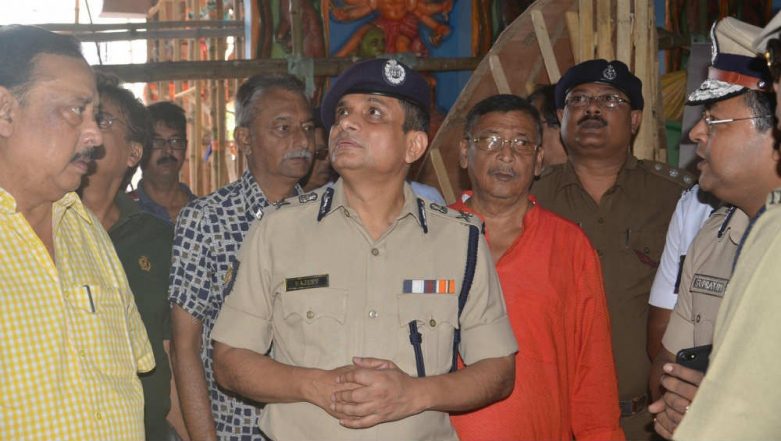 New Delhi, May 17: Former Kolkata police commissioner Rajeev Kumar is likely to face arrest in the Saradha Chit Fund scam case. The Supreme Court, which announced verdict on a CBI plea challenging the immunity granted to Kumar from arrest, decided to lift the interim protection. The ex-top cop could now be taken into custody after a period of 7 days -- if he fails to encash on legal remedies within this period.

The CBI, in its plea, had told the apex court that it wanted custodial interrogation of Kumar, who was earlier heading West Bengal Police SIT probing chit fund scam. The agency claims to have prima facie evidence of his allegedly trying to destroy or tamper with evidence and "shield high and mighty" in the case. Amid Sardha Row, Rajeev Kumar Gets Transferred as ADG, CID.

However, Kumar's counsel had countered CBI's submissions and told a bench headed by Chief Justice Ranjan Gogoi that the agency wanted his custodial interrogation "just to humiliate" him and CBI should not be allowed to abuse the process of law.

Kumar's counsel had told the bench that CBI's application seeking custodial interrogation of the IPS officer was a "mala fide exercise".

Kumar was earlier heading the West Bengal Police's special investigation team (SIT) probing the chit fund scam. The apex court had in May 2014 directed the CBI to investigate the case.

The apex court, on February 5, had granted protection from arrest to Kumar while directing him to appear before the CBI and "faithfully" cooperate into the investigation of cases arising out of the scam.

The Election Commission on Wednesday ordered the removal of Kumar, who was posted as Additional Director General, CID, in West Bengal and had asked him to report to Union Home Ministry on Thursday.

Kumar, involved in a face-off with the CBI in connection with the agency's investigation in Saradha and Rose Valley chit fund scams, was removed as Additional Director General, CID, in West Bengal for allegedly failing to control the incidents of violence in the state.

During the arguments on CBI's plea, the apex court had said that it would examine whether there was evidence requiring Kumar's custodial interrogation in the case and had also perused the case diary placed before it by the agency.

CBI had claimed in the court that they were seeking vacation of interim protection granted to Kumar as some crucial evidence, collected by the West Bengal Police SIT, was not shared with it despite repeated requests.

Kumar's counsel had argued that the IPS officer was interrogated by the CBI for almost 40 hours and the agency was not able to spell out clearly as to what was the offence committed by him for which they want his custodial interrogation.