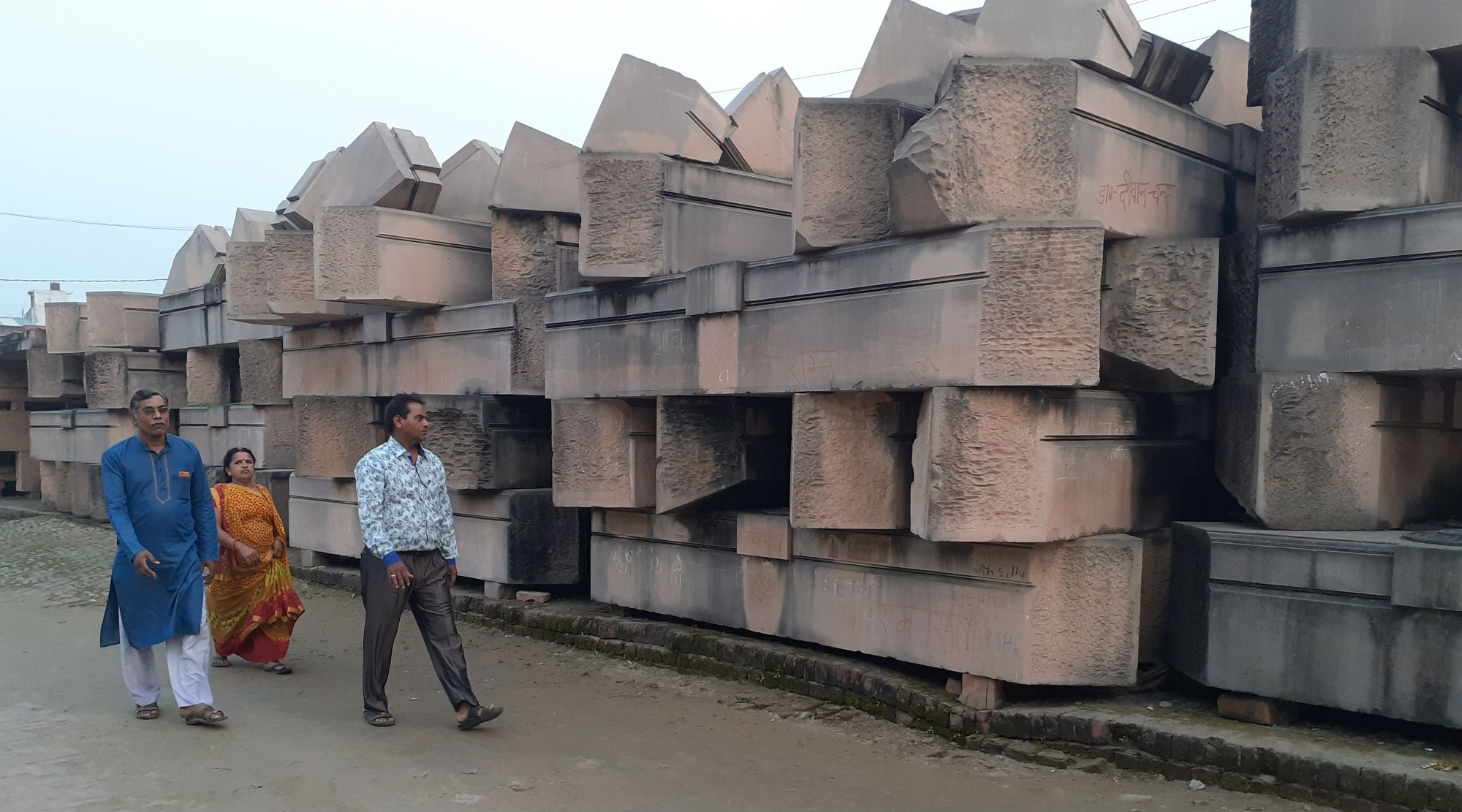 A view of Karsewakpuram in Ayodhya. (Photo Credits: ANI)

New Delhi, November 11: The much awaited temple proposed to be built at the Ram Janmabhoomi in Ayodhya after the Supreme Court verdict, will be completed before 2022, the 75th year of India's independence.

The Uttar Pradesh government has released a picture of what the temple, and the Ram statue proposed near it, would look like on their completion. Sources said the Ram idol will take three years to complete. Ayodhya Verdict Aftermath: 7 Bits of Deep Homework Done by Sadhu Samaj on Ram Mandir Trust After SC Delivers Historic Judgment on Land Dispute Case.

Details are also trickling in of the grand temple complex planned. Spread over an area 240 feet long and 145 feet wide, it will be 141 feet in height. Its 4 feet periphery will have 251 columns.

Around the idol of Lord Ram, there will be other facilities such as a digital museum, a centre for description on holy scriptures, a library, a cafeteria and parking space.