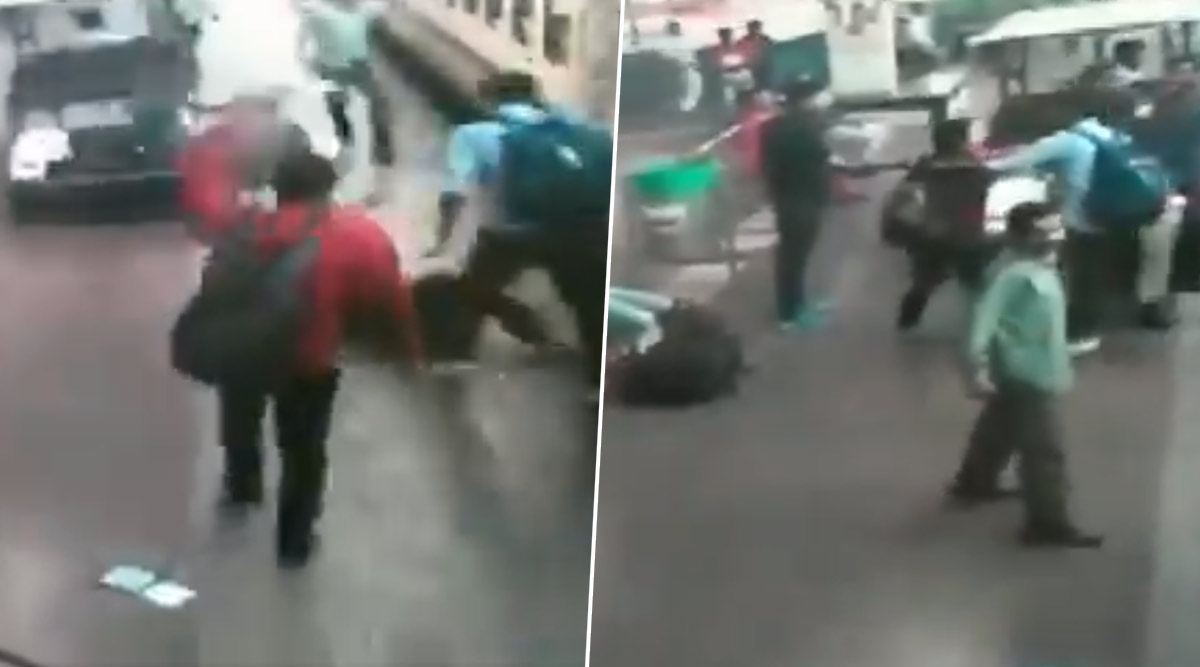 RPF contable save woman passenger at Bhubaneswar railway station from being running over by a train (Photo Credits: Screenshot/ANI)

Bhubaneshwar, February 15: In a display of bravery and presence of mind, a Railway Police Force (RPF) constable saved a woman passenger on Saturday from running over by a train at Bhubaneshwar railway station in Odisha. The woman fell in the gap between platform and train while she was trying to board the running train. The video of the entire incident has surfaced on social media. Video of RPF Personnel Saving a Passenger From Being Run Over by Mumbai Local Train at Panvel Station, Goes Viral!.

Netizens are praising the constable for his brave act. In the video, it could be seen that when the woman fell in the gap between the train and the platform, the RPF jawan immediately ran to save the lady. People present at the platform also rushed to help him in saving the woman. Mumbai Railway Police Saves Two Women Passengers From Being Crushed Under Train; Watch Video.

#WATCH Odisha: A woman passenger fell down in the gap between platform and train while she was trying to board a running train at Bhubaneswar Railway Station today. She was rescued by an RPF constable. pic.twitter.com/Xmi8Yg6qhK