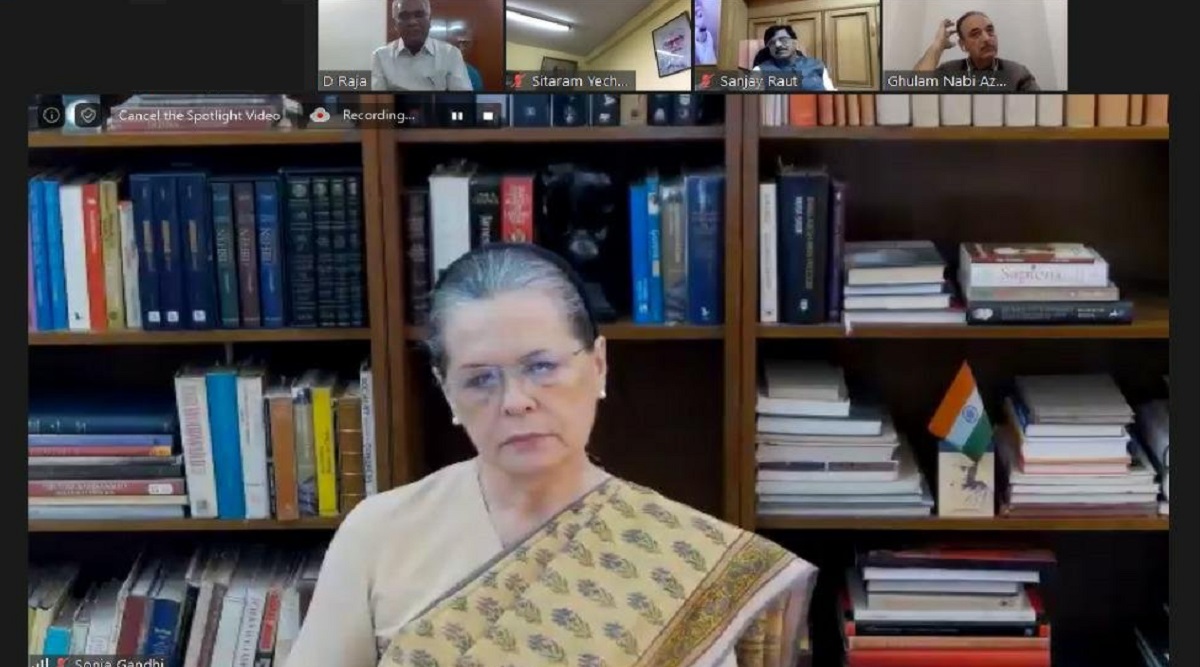 New Delhi, May 22: The economic stimulus of Rs 20 lakh crore announced by Prime Minister Narendra Modi is a "cruel joke" on the country, said Congress president Sonia Gandhi at the joint Opposition meeting on Friday. Presiding over the session, Gandhi said the anti-BJP bloc must vehemently attack the government for "failing" to address the concerns of migrants, farmers, small traders and businessmen hit economically by the outbreak of coronavirus.

The financial stimulus announced by Modi lacked concrete measures, and is mostly comprised of fiscal policy measures being passed on as a "stimulus", Gandhi said, The package lacks merit and fails to provide incentives directly in the hand of those crippled by the COVID-19 lockdown, she added. Cyclone Amphan Must be Declared 'National Calamity': 22 Opposition Parties Pass Joint Resolution in Virtual Meeting.

"Every economist of repute had advised immediate need for a massive fiscal stimulus. PM’s announcement of a grand Rs 20 lakh crore package and FM spelling out its details over next 5 days, have turned out to be a cruel joke," Gandhi said in the video conference with Opposition leaders.

"Apart from the plight of migrant workers, those cruelly ignored include the 13 crore families in the bottom half of population - tenant farmers and landless agricultural workers, retrenched workers and employees, shopkeeper and self-employed; 5.8 crore out of the 6.3 crore MSMEs," she added.

Gandhi further tore into the government's claim of facilitating the return of migrant workers to their native states. The Congress chief accused the Prime Minister of showing apathy to the plight of cash-strapped migrants, who were forced to undertake an on-foot journey to their villages.

"The defining image of the pandemic has been the lakhs of migrant workers, many with children, walking hundreds of kilometers, without money, food or medicines, desperate to reach their home states," she said.