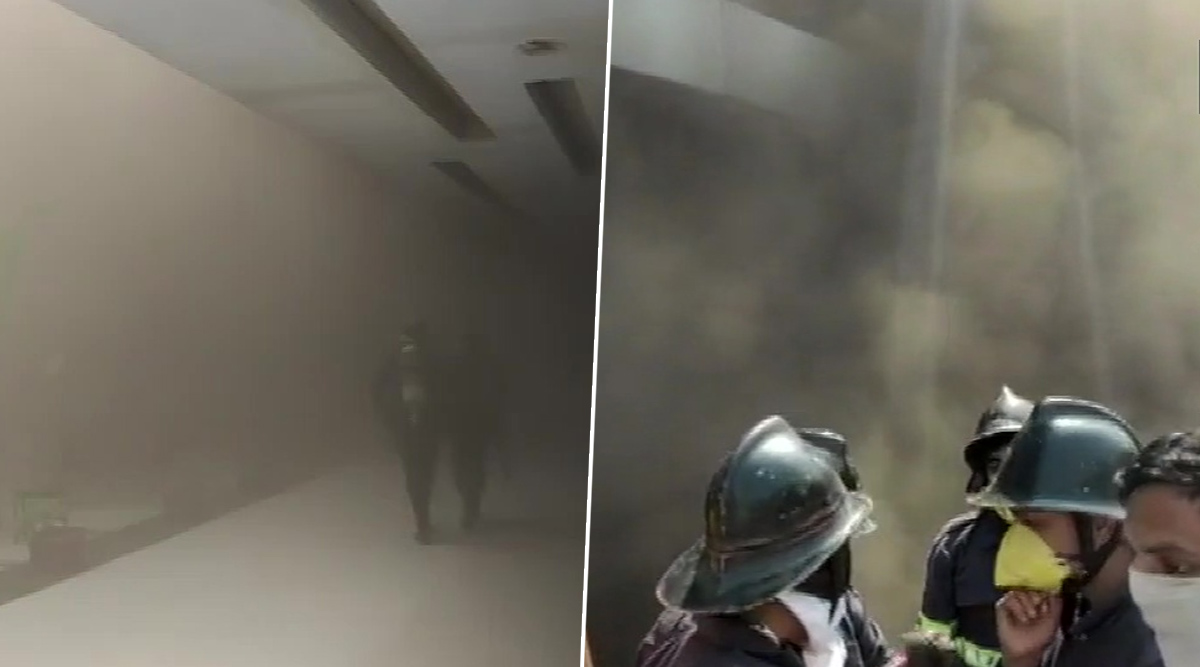 Thane, February 15: A fire broke out at a mall in Thane's Kapurbawdi area on Saturday. According to news agency ANI, the fire erupted on the first floor of Lake City Mall, located near the Balkum Fire Station in Thane west. Mumbai: Fire Breaks Out at Residential Building in Kurla West.

A number of firefighters were outside Lake City Mall and an operation was underway to douse the raging blaze. Pictures from the spot showed thick black smoke in and around the mall.

At the time of filing this report, no casualty or injury was reported. This report will be updated as soon as we get more information about the fire incident.