Voter ID Cannot Be Treated As Conclusive Proof of Citizenship Under Assam Accord: Guwahati High Court 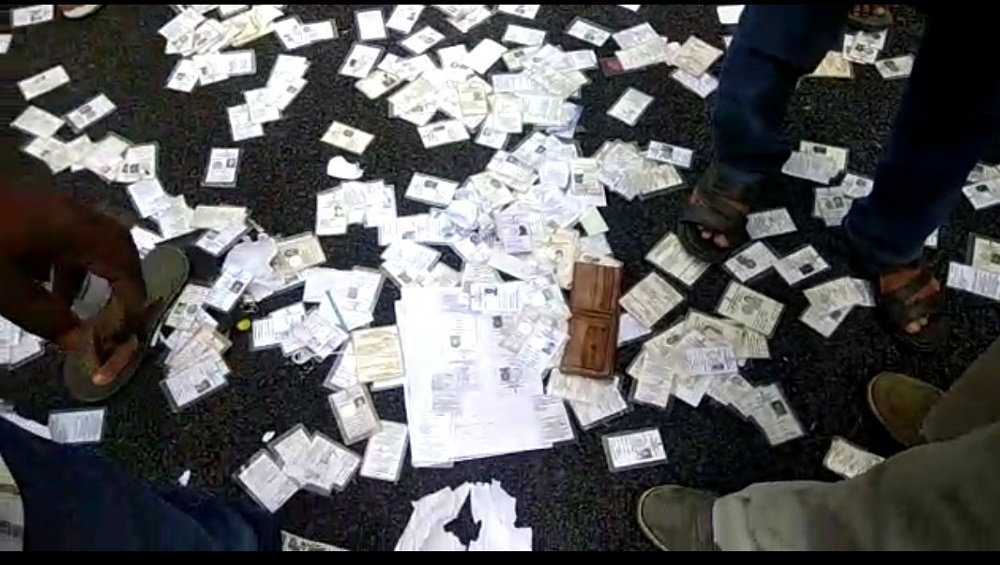 Guwahati, February 17: A division bench of Guwahati High Court has held that a voter ID cannot be treated as conclusive proof of citizenship under the Assam Accord of 1985. The Guwahati High Court made the observation while dismissing a writ petition filed by Munindra Biswas who challenged the decision of a foreigners tribunal to declare him a foreigner last July. Biswas submitted a voter list from 1997 which has his name to prove citizenship. NRC Slip Up: How Final List And Data Related to Assam National Register of Citizens Disappeared From nrcassam.nic.in.

According to Biswas, his grandfather migrated to Assam from West Bengal's Nadia district in 1965 and settled in Tinsukia. The foreign tribunal had refused to accept him as a resident of Assam even as he submitted a registered sale deed for a plot of land purchased by his father in Tinsukia in 1970. Biswas had also submitted an electoral roll from 1997. Declared "foreigner", Biswas then challenged the tribunal's order in Guwahati High Court. Why Citizenship Amendment Act+NRC Raise Fear And Concerns: A Multi-Dimensional Take.

The court asserted that since no voters' lists prior to 1997 were submitted by the petitioner the tribunal was right in deducing that he failed to prove his parents entered Assam prior to January 1, 1966. Biswas has now been declared a foreigner of post-1971 stream.

The Assam Accord says: "All persons who came to Assam prior to January 1, 1966, including those amongst them whose name appeared on the electoral rolls used in 1967 elections, shall be regularised. Those who came between 1966 and 25 March, 1971, would be disenfranchised for 10 years, meaning that they were to get voting rights only after expiry of 10 years from the date of their detection or declaration as foreigner."

Interestingly, recently a court in Maharashtra held that a voter ID can be treated as proof of citizenship. "The birth certificate, domicile certificate, bonafide certificate, passport, etc can be relied upon to establish the origin of any person," a magistrate court said, while acquitting a couple suspected to be illegal Bangladeshi immigrants.