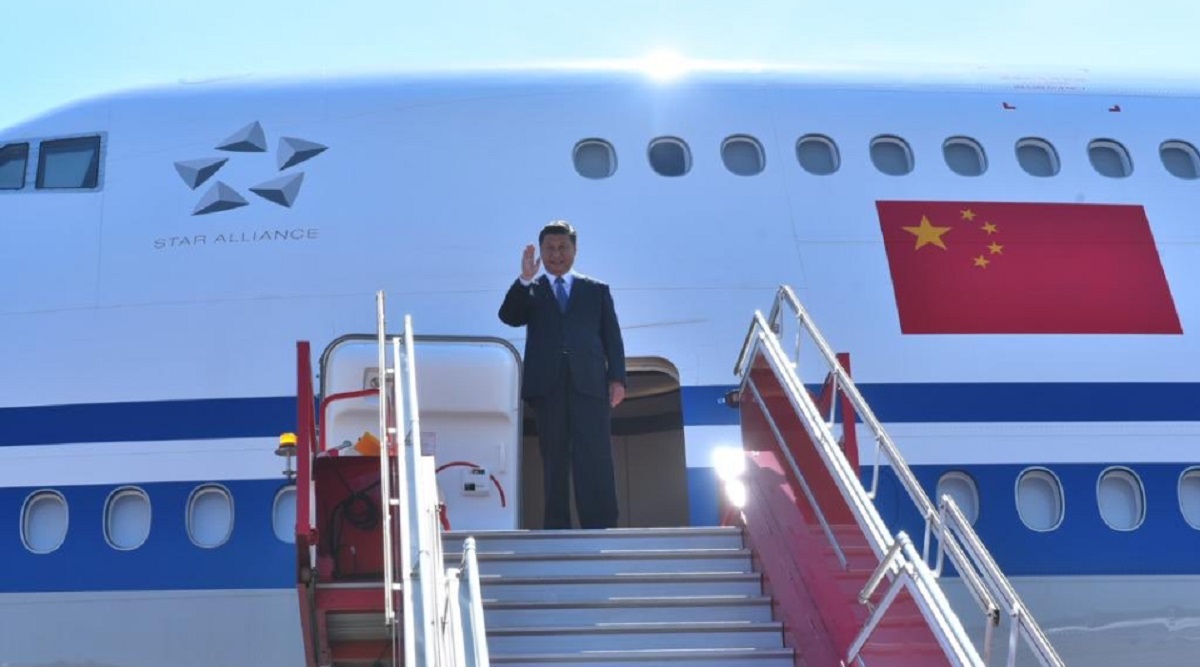 Beijing, October 11: Prime Minister Narendra Modi took to social media to welcome Chinese President Xi Jinping, who has arrived in India for the second informal summit between him and the Indian PM. The tweet by Modi came minutes after Jinping landed in Chennai and was given a red-carpet welcome by Tamil Nadu Governor Banwarilal Purohit and Deputy Chief Minister O Panneerselvam. Narendra Modi-Xi Jinping Meet: Everything You Need to Know About Indian PM and Chinese President's Second Informal Meet.

The Chinese premier's convoy drove to the hotel, from where he would be shortly leaving for the coastal resort-town of Mamallapuram -- the site where the informal summit will be held between the two leaders. PM Modi reached the seaside town earlier on Friday, and would be personally receiving Jinping when he would arrive for the summit.

"Welcome to India, President Xi Jinping!," Modi tweeted in English, sharing similar messages in Tamil and Mandarin. Earlier in the day also, he had taken to Twitter to announce his arrival here to participate in the meet with Xi.

"Landed in Chennai. I am happy to be in the great land of Tamil Nadu, known for its wonderful culture and hospitality," he had said in tweets in English, Tamil and Mandarin.

"It is gladdening that Tamil Nadu will host President Xi Jinping. May this Informal Summit further strengthen ties between India and China," he added.

Of late, Modi has been laying a lot of stress on Tamil, which was evident during his speeches in and about the language during his September US visit, besides his official engagements in this city last week.

On Friday, Modi also tweeted in Mandarin, in an apparent attempt to reach out to the eastern neighbour ahead of his meeting with Xi on Friday and Saturday.