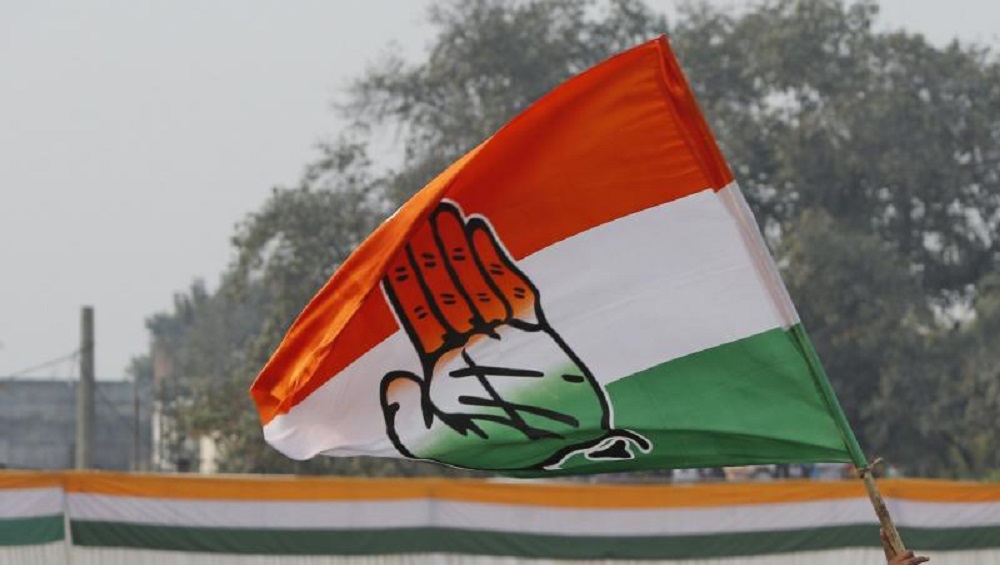 New Delhi, November 26: The Congress hailed the Supreme Court's Tuesday order to hold a floor test in Maharashtra as a "victory for democracy" and asserted that it was a "slap" on the "illegitimate BJP-Ajit Pawar" government.

The opposition party also alleged that the BJP has brought a "black name" for democracy, while the Supreme Court on Constitution Day has given a gift to the nation by passing the order. Maharashtra Floor Test on Wednesday, Other Related Issues to be Taken Up After 8 Weeks, Here's All That Supreme Court Said Today.

"The Supreme Court's decision is a slap on an illegitimate BJP-Ajit Pawar Govt, who had hijacked the 'mandate'. A government founded on fraud has been defeated on Constitution Day," Congress' chief spokesperson Randeep Surjewala said in a tweet.

Speaking to reporters after the apex court order, senior Congress leader Prithviraj Chavan expressed satisfaction over the court ordering a floor test in the Maharashtra Assembly on Wednesday, and said the alliance of the Congress, Shiv Sena and the NCP have a majority in the House.

"Sena, Cong, NCP are satisfied with the Supreme Court order of a floor test in the Maharashtra assembly...We are confident that we have a majority in the Maharashtra Assembly. The reality of the BJP's claim will be exposed tomorrow," he said.

Abhishek Singhvi, senior Congress leader and the lawyer for the Congress and NCP in the case, said the BJP has "brought a black name for democracy and therefore we are very grateful that the Supreme Court on no less than on Law Day, now christened Constitution Day, has given a gift to the nation."

"We welcome the Supreme Court decision to hold the Maharashtra floor test tomorrow. This is a victory for the Constitution of India, a victory for democracy and a victory of truth," the Congress said on its official Twitter handle.

The floor test in the Maharashtra assembly for Chief Minister Devendra Fadnavis to prove his majority in the House will be conducted on Wednesday, the Supreme Court directed on Tuesday. It also said the entire proceeding should be telecast live.

The apex court also directed Maharashtra Governor Bhagat Singh Koshyari to ensure that all elected members of the house are sworn in on Wednesday itself. The entire exercise has to be completed by 5 pm.