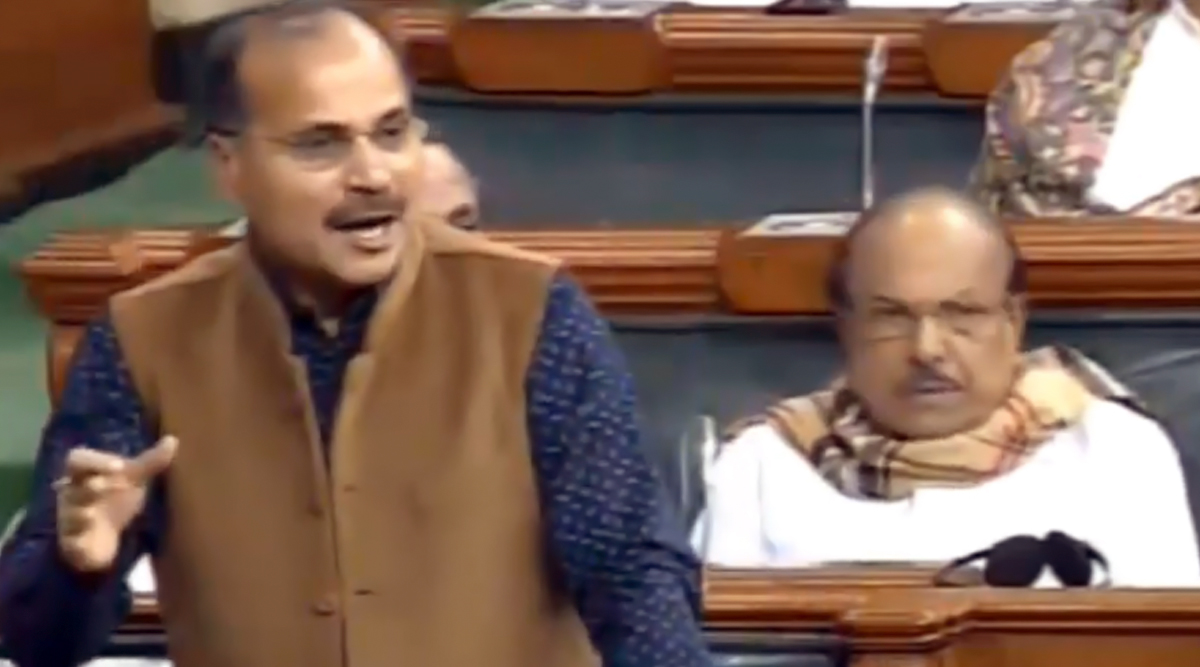 New Delhi, December 10: Congress leader Adhir Ranjan Chowdhury on Tuesday sparked a controversy by saying that the nation was heading from 'Make in India' to 'rape in India'. During a heated argument in the Lok Sabha on Tuesday, Chowdhury took a dig at Prime Minister Narendra Modi and said that it is very unfortunate that the Prime Minister, who speaks on everything, has nothing to say on the rising number of crime against women in the country. "Unfortunate that Prime Minister who speaks on everything, is silent on this issue (crimes against women). From 'make in India', India is slowly heading towards 'rape in India'", Chowdhury was quoted by ANI.

Earlier in the day, Union Home Minister Amit Shah launched a scathing attack on Chowdhury and said for him (Chowdhury), the only parameter for normalcy is political activity. Chowdhury had asked the government when the detained leaders, including three former chief ministers, would be released. Shah also stated that a decision on releasing the leaders in Jammu and Kashmir would be taken by the local administration and the central government would not interfere. 'Narendra Modi, Amit Shah Are Intruders Themselves': Congress' Chowdhury Stokes Row Over NRC.

Adhir Ranjan Chaudhary,Congress in Lok Sabha: Unfortunate that Prime Minister who speaks on everything, is silent on this issue(crimes against women).From 'make in India', India is slowly heading towards 'rape in India'. pic.twitter.com/UlnkwEE9U5

HM: 99.5% students sat for exams there,but for Adhir Ranjan ji this is not normalcy,7 lakh ppl availed OPD services in Srinagar,curfew,sec 144 removed from everywhere. But for Adhir ji only parameter for normalcy is political activity. What about local body polls which were held? https://t.co/YXEJAiA3ME pic.twitter.com/vwahLWeACO

This is not the first time that the Congress leader has sparked a row. Chowdhury's choice of words has often become an embarrassment for his party. Earlier this month, Chowdhury had apologised for his nirbala remark on Finance Minister Nirmala Sitharaman and termed her as his sister. The Congress leader, during discussion on the Taxation Laws (Amendment) Bill  earlier this month, had said that the finance minister has become weak and called her 'Nirbala Sitharaman’.