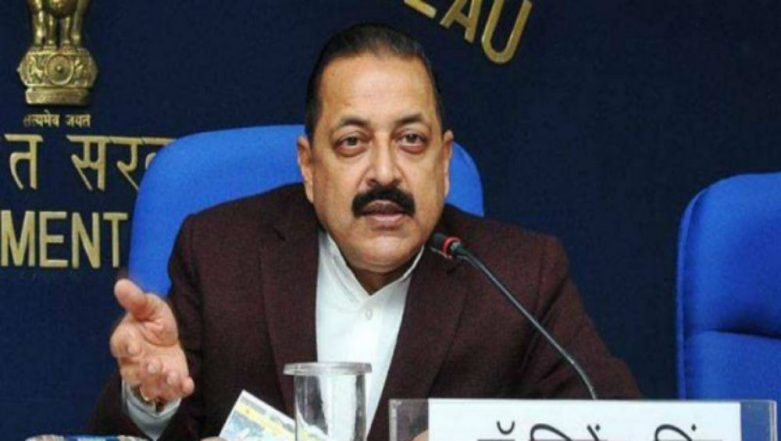 Srinagar, February 10: Union Minister of State in the PMO, Jitendra Singh, on Sunday took a swipe at People’s Democratic Party president Mehbooba Mufti, stating her comment on maintaining good relations with Pakistan describe the political pattern of parties in Jammu and Kashmir. Questioning the motive behind the Mufti’s statement, Singh said, as quoted by ANI, that political leaders in Kashmir sing praises of Pakistan when thrown out of power.

Expressing his opinion on the statement of Mufti, where she praised Pakistan Prime Minister Imran Khan for taking steps to name a forest reserve after Guru Nanak Dev, Singh said, “Time indeed changes and Kashmir-based politicians also change with time, and I think the most evident part is that when in power they swear by India, when thrown out of power they start singing praises of Pakistan. This has been their practised art.” Mehbooba Mufti Lauds Pakistan PM Imran Khan, Hits Out at Centre Over Ram Temple.

Earlier in the day, Mufti accused the Indian government of shifting its focus on building Ram Temple in Ayodhya, by neglecting the security of Muslims being killed in the name of cow vigilantism. She said, “Monuments and old cities with Muslim names are being given Hindu names. There's a race to build the temple. Muslims are killed in the name of cow vigilantism, instead of taking action govt puts them in jails under NSA like in MP. Politics being done in name of Hindutva.”