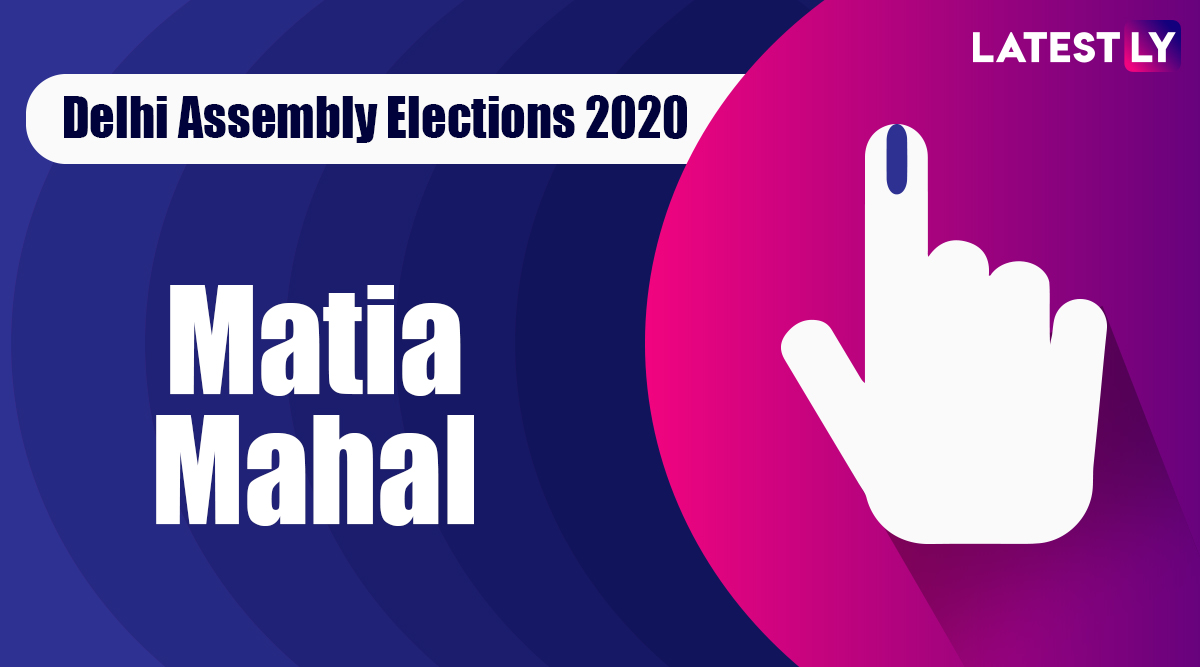 New Delhi, February 11: Aam Aadmi Party (AAP) candidate Shoaib Iqbal has been declared winner from the Matia Mahan Vidhan Sabha constituency. Iqbal has defeated his rival BJP candidate Ravinder Gupta from this seat. Polling for this seat was held on February 8 amid tight security. The Matia Mahan seat is one of the largest constituencies in the national capital. In this constituency, the primary poll battle was believed to be in between the Congress and the Aam Aadmi Party (AAP) due to a high concentration of Muslims voters. The Matia Mahan Vidhan Sabha constituency falls in the Central Delhi district and has a total of 1,15,944 voters. The Delhi Assembly Elections 2020 will be held on February 8. The counting of votes and results will be done on February 11. Here Are Answers to Most FAQs on Delhi Assembly Elections 2020.

In the upcoming polls in the national capital, Delhi is set to witness a triangular contest among the ruling AAP, the Bharatiya Janata Party (BJP) and the Congress. According to details by the Election Commission of India (ECI), the total population of Delhi is 20,143,686. The AAP has fielded its candidate Shoaib Iqbal from the Matia Mahal seat. Iqbal had won every election between 1993 and 2015 fighting on different symbols. The Congress has given its ticket to Mirza Javed Ali from this seat while the BJP fielded Ravinder Gupta from this seat. Delhi Assembly Elections 2020: EC Releases Schedule, Voting in Single-Phase on February 8, Results on Feb 11.