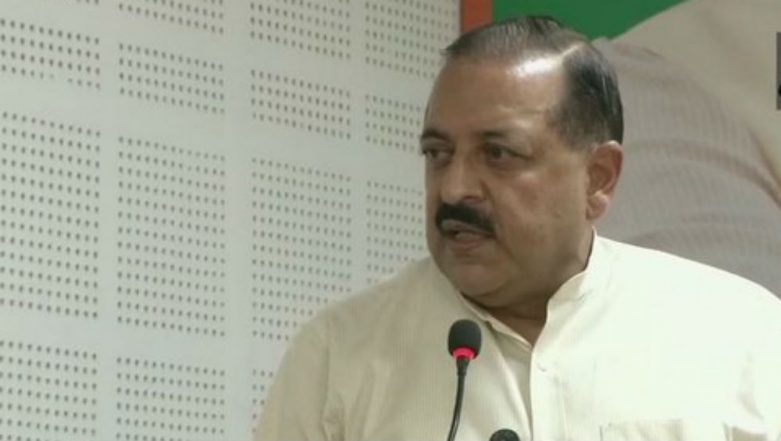 New Delhi, August 18: Jitendra Singh, Minister of State (MoS) in the Prime Minister's Office, in a statement called for unity in the Parliament of India to "free Pakistan Occupied Kashmir (PoK)" so that it can be "merged with India." Jitendra Singh also said that, "Let us pray to the almighty that we get the chance to see this in our lifetime." What Is Article 370 and Article 35A – The Special Provisions For Jammu & Kashmir Explained.

"We are lucky that it (revoking of the special status) happened in our lifetime. It is because of the sacrifices of our three generations," Singh said addressing a meet on the current socio-political milieu in Jammu and Kashmir, organised by the state BJP at party headquarters in Delhi. Jammu and Kashmir Loses Privileges Under Article 370, Article 35A: What Does it Mean For Kashmiris and Other Indians?

Jitendra Singh, MoS Prime Minister's Office (PMO): As the parliament has unanimously agreed, let us free Pakistan Occupied Kashmir (PoK) and merge it with India. Let us pray to the almighty that we get the chance to see this in our lifetime. pic.twitter.com/Dojb3D6XJp

He said, "After this historic step, let us move forward with a positive thinking of freeing PoK from the illegal occupation of Pakistan and making it an integral part of the country in accordance with the unanimously passed resolution in Parliament (in 1994)."

Earlier, Union Home Minister Amit Shah had also said that Jammu and Kashmir was an inseparable part of India and both Pakistan-occupied Kashmir (PoK) and Aksai Chin were "very much a part of India."