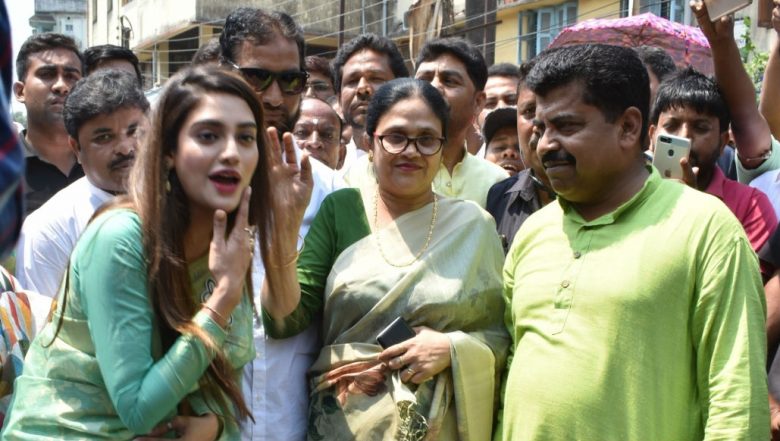 Kolkata, May 17: With the campaigning for the last phase of Lok Sabha Elections 2019 ended on Friday, shocking news is arriving from West Bengal Bashirhat. A report arrived that influential Muslim cleric in Basirhat - Maulana Sharif Pirzada Mohammed Khobayeb Amin - was allegedly attacked by Trinamool Congress workers for questioning the move of TMC candidate actor-turned-politician Nusrat Jahan offering prayers at a temple.

According to the report, filed by Times Now, Amin ad recently questioned Jahan's temple visit for political gain. He had said, "Why does a Muslim candidate need to offer prayer in a temple to prove a secular image? Under threat from BJP did Mamata make Nushrat Jahan act in a temple?" Adding more, the Muslim cleric had claimed that Nushrat was 'acting inside those temples to fool Hindus'. Nusrat Jahan, TMC Candidate, Greeted by Scores of Fans With Selfie Request; Stage Collapses.

Amin claims that TMC Minister Firhad Hakim had come and met him requesting to give up his anger. However, the cleric had demanded Nushrat to apologise for visiting a Hindu temple, which has yet not done.