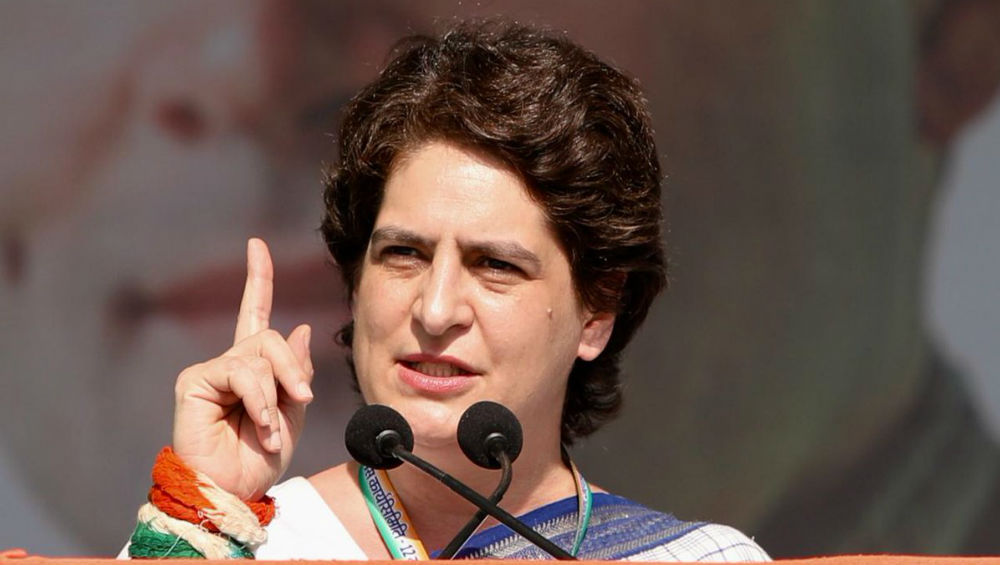 New Delhi, December 7: Congress General Secretary Priyanka Gandhi has attacked the Yogi Adityanath government over the law and order situation in Uttar Pradesh after the death of the Unnao rape victim.

"I pray to God to give courage to the Unnao victim's family in this hour of grief", Priyanka Gandhi said in a tweet on Saturday.

Priyanka questioned as to why atrocities on women were rampant in the state and given the previous incident in Unnao, why no protection was given to the victim.

"Keeping in mind the previous incident of Unnao, why did the government not give immediate protection to the victim? What action was taken against the officer who refused to register her FIR?

"Everyday there are cases of atrocities against the women in Uttar Pradesh, what action is the government taking on this?", Priyanka Gandhi tweeted.