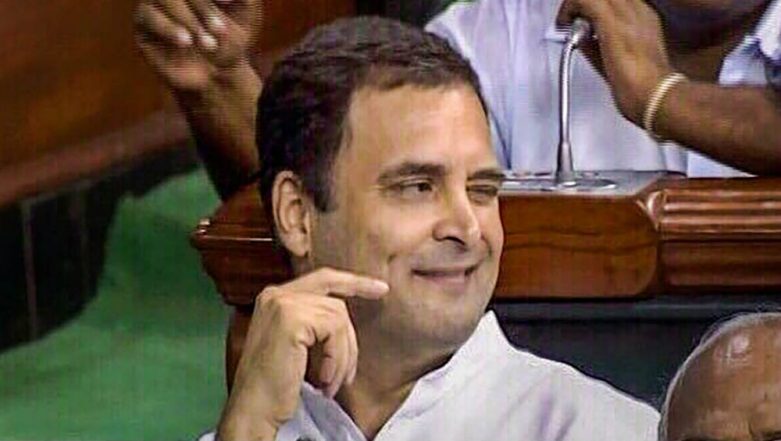 New Delhi, January 4: Congress President Rahul Gandhi was caught winking in the Lok Sabha once again on Friday, six months after stoking a controversy by a similar action in the House. Gandhi was seen winking during the high-pitched debate on Rafale fighter deal when AIADMK leader M Thambidurai was making his point.

The 48-year-old Congress leader was seated just behind Thambidurai but it was not clear as to whom he was winking at. The video immediately went viral. He had earlier stoked a controversy in July when he winked in the House, at that time during the debate on No-Confidence Motion. Rahul Gandhi Hugs PM Narendra Modi, Winks Inside Lok Sabha and Twitter is Ready With Funny Jokes and Memes.

Rahul Gandhi ‘winks’ again... This time during the all serious debate on #Rafale. He surely needs help! pic.twitter.com/rncFdTlphU

At that time he had winked at his party colleague Jyotiraditya Scindia after hugging a seemingly unpleased Prime Minister Narendra Modi on the latter's seat.