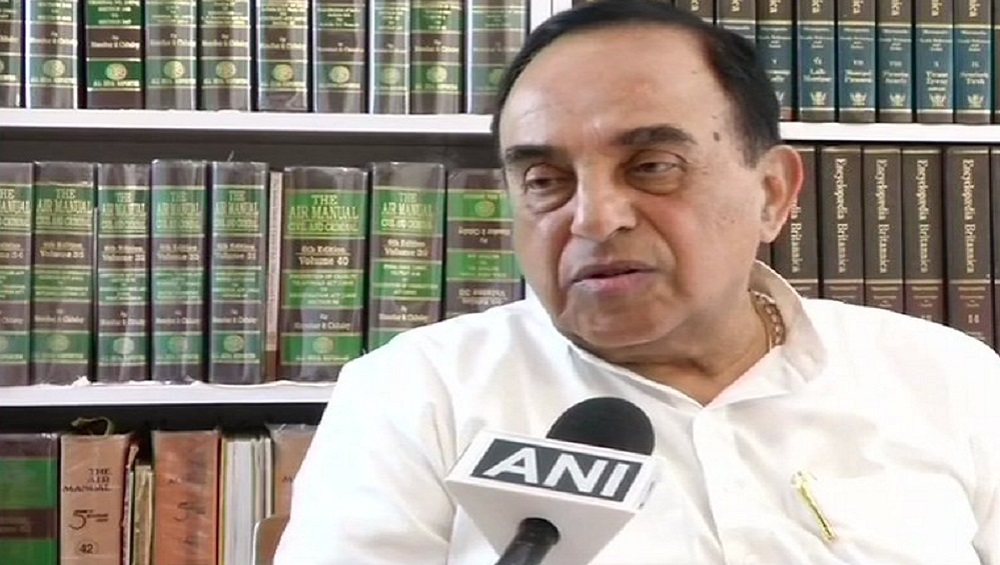 Khandwa, January 15: BJP leader and Rajya Sabha MP Subramanian Swamy has said he was in favour of inscribing the image of Goddess Lakshmi on banknotes which could "improve the condition of the Indian currency". Swamy was speaking to reporters on Tuesday night after addressing a lecture series titled 'Swami Vivekananda Vyakhyanmala' in Madhya Pradesh's Khandwa district. After Kolkata Port, BJP Leader Subramanian Swamy Wants PM Narendra Modi to Rename Victoria Memorial.

Responding to a question about the picture of Lord Ganesha printed on the Indonesian currency, Swamy said, "Prime Minister Narendra Modi can answer this question. I am in favour (of this). Lord Ganesha removes obstacles. I rather say that a picture of Goddess Lakshmi (on currency notes) may improve the condition of Indian currency. Nobody should feel bad about this."

Swamy said there was nothing objectionable in the Citizenship [Amendment] Act. "The Congress and Mahatma Gandhi had requested this (CAA). Manmohan Singh had also requested in Parliament in 2003. We did it. Now they are not accepting it saying that we did injustice to Pakistan's Muslims. What injustice was done? Pakistan's Muslims don't want to come, we can't force them," Swamy said.

Earlier, while delivering the lectures, Swamy said DNA of Muslims and Hindus is same like that of Brahmins and Dalits. Swamy claimed the BJP would soon introduce the Uniform Civil Code (UCC), which he said had been repeatedly directed by the supreme court in the past 70 years and by Article 44 of the Constitution. Expressing concerns over the rising population, Swamy said India would leave China behind by 2025 as the most populous nation.