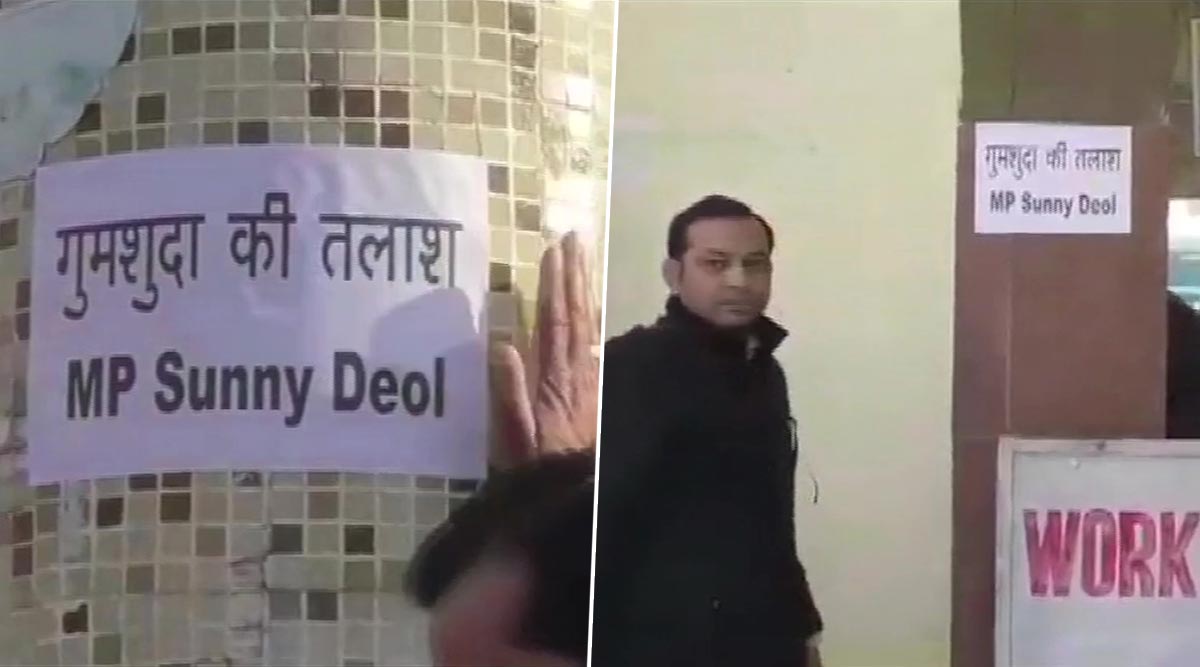 Deol had defeated Punjab Congress chief Jakhar by a margin of 82,459 votes. However, Deol hit controversy soon after he was elected after news of his appointing a "political representative" in his constituency made headlines. The posters of "missing MP Sunny Deol" once again surfaced in Pathankot, causing embarrassment for the actor turned politician. Sunny Deol Hopes Kartarpur Corridor Will Help in Maintaining Peace Between India and Pakistan.

The posters were seen at the railway station and parks as well, said reports. The locals are reportedly upset about not seeing Deol often in the constituency. Sunny Deol Deploys 'Representative' to Take Care of Gurdaspur in His Absence, Congress Slams BJP MP.

In July last year, soon after he became an MP, the Bharatiya Janata Party (BJP) MP Sunny Deol appointed Gurpreet Singh Palheri as his "representative" to take care of his Gurdaspur Lok Sabha constituency in his absence. The Congress party had slammed Sunny Deol and dubbed the move a "betrayal" with the voters of Gurdaspur. However, the Congress government in Punjab, provided Palheri security and official vehicle.