While the police is yet to officially divulge the details of their preliminary probe, reports claimed the trio detained today had "bought" the girl from neighbouring Rajasthan at a price of Rs 30,000. 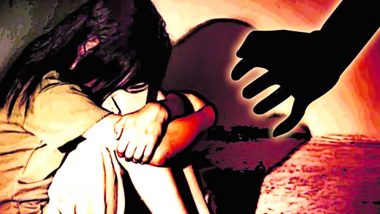 Surat, April 20: The Gujarat Police on Friday detained three individuals in connection to the rape and murder of an 11-year-old girl, whose body was found in Surat on April 6.

The police claim they have received incrementing leads which led to the detention of the three men. The trio are also suspected to be involved in the murder of another woman, whose body was retrieved in Surat five days after the minor was found. According to the probing officials, the deceased woman is the mother of the girl who was raped and murdered.

Gujarat Home Minister Pradipsinh Jadeja has formed a team of personnel from the Surat Police, the Surat Crime Branch and the Ahmedabad Crime Branch to solve the case. The investigators will also look into the human-trafficking angle.

"This case has shaken the collective conscience of the people of Gujarat. It was indeed very complicated. It was like looking for a needle in a haystack," Jadeja said.

While the police is yet to officially divulge the details of their preliminary probe, reports claimed the trio detained today had "bought" the girl from neighbouring Rajasthan at a price of Rs 30,000.

The latest developments come in the backdrop of an Andhra Pradesh connection emerging to the case, with a person from the state claiming that the rape-murder victim is his daughter. The police have collected his DNA samples to ascertain the claim.

The rape-murder case comes in the backdrop of the nationwide rage over the brutal sexual assault and murder of an eight-year-old Bakerwal community girl in Jammu's Kathua.

(The above story first appeared on LatestLY on Apr 20, 2018 08:59 PM IST. For more news and updates on politics, world, sports, entertainment and lifestyle, log on to our website latestly.com).