According to Thirukoilur all-women police, the 71-year-old man was sexually abusing the girl for the past three years. 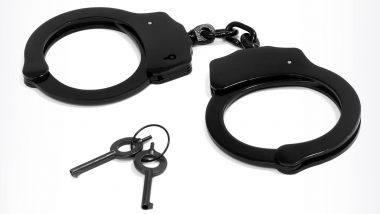 Chennai, August 4: A 71-Year-old man was arrested by the Police at Thirukoilur in Kallikuruchi district under various sections of the Indian Penal Code (IPC) and Pocso Act, on charges of impregnating his 15-year-old grand daughter.

Two women who assisted him in aborting the foetus were also arrested.

The three were produced before the court which promptly remanded them to judicial custody.

The 15-year-old grand daughter and her younger brother were staying with the grand father who, according to Thirukoilur all-women police was sexually abusing the girl for the past three years.

The local people coming to know of the issue alerted the village officer of Thirukoilur who informed the all-women police that took him into custody along with his two women accomplices - a retired woman nurse and another woman.

(The above story first appeared on LatestLY on Aug 04, 2021 11:49 AM IST. For more news and updates on politics, world, sports, entertainment and lifestyle, log on to our website latestly.com).