Peter Thomas Cestaro, a.k.a Peter Cestaro, was born in New Haven, Connecticut, on February 21st, 2003. He graduated from Notre Dame High School in 2021. At present, Peter is a freshman at the Quinnipiac University in Connecticut, majoring in business marketing. 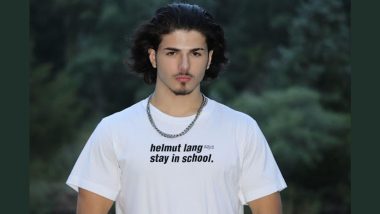 Meet Peter Thomas Cestaro, famously known as Peter Cestaro, a young and talented music artist. He is locally known for his YouTube videos and his hit singles ‘Cup Full of Jenny and Rowdy’. Currently, Peter is also working on his first solo album. He states that his first big recital was at a college auditorium at the age of 7. He sang ‘Billionaire’ in front of 2000 people, and this moment changed his life.

Peter Thomas Cestaro, a.k.a Peter Cestaro, was born in New Haven, Connecticut, on February 21st, 2003. He graduated from Notre Dame High School in 2021. At present, Peter is a freshman at the Quinnipiac University in Connecticut, majoring in business marketing.

The Work Profile of Thomas Cestaro

Thomas states that he is a recording artist, an actor, and a model. However, he focuses mainly on music. Peter has been working in the entertainment industry for over a decade. He has worked on various background TV and has filmed a reality show. ‘Throughout my musical journey. I’ve performed all over, be it New York, Miami, or California.’ says Cestaro.

Peter Cestaro mentions that he has won singing competitions and received prizes and awards at the youth music festival in New York at Citi Field, Mets stadium. Moreover, he has also met several influential people through music that inspired him to be an artist. ‘When I was younger, they had a team put together to write and produce music for me. During the Covid pandemic, I started writing my music and creating my beats.’ adds Cestaro.

‘I have been making music for as long as I can remember.’ marks Cestaro. His family includes two sisters named Alexis and Mercedes and one brother named Pasquale. Thomas also plays piano and guitar. His hobbies include cliff jumping, boating, hiking, gaming. Peter states that he is excited about all his new projects. ‘I am sitting on lots of unreleased music. Just waiting for the right time.’ adds Peter.

Cestaro’s Inspiration Behind Choosing Music as a Career

Peter states that he loves performing for people. ‘When I was younger, I used to sing oldies (Frank Sinatra and Dean Martin covers )at this Italian steakhouse. That energy you get from a crowd that’s vibing with you is indescribable.’ says Peter. Later, he performed at many charity events, local fairs, parties, Providence Arena, and Mets stadium.