Arjun Reddy, The Hottest Doctor On Instagram And His Physical Transformational Journey

Doctor Arjun Reddy is a medical professional who is practicing in a secondary hospital in Thrissur, Kerala but his fitness regime attracted a lot of attention back when he transformed himself by losing 22 Kilograms in just one year. 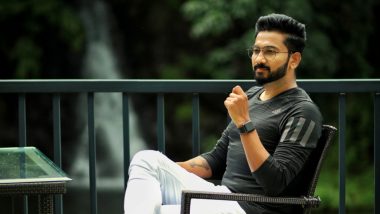 Who didn’t lauded Vijay Deverakonda’s Genius on the screen in the movie, Arjun Reddy? That was the reel story but here, we have a real story and this Arjun Reddy will motivate you to get up from your couch and do something about your fitness goals because he helps people achieve their fitness goals.

Doctor Arjun Reddy is a medical professional who is practicing in a secondary hospital in Thrissur, Kerala but his fitness regime attracted a lot of attention back when he transformed himself by losing 22 Kilograms in just one year. He is a fitness Influencer and his Instagram Page, “eathealthywitharjun” is getting amazing response from both India and overseas.

How did he get started?

Arjun had some really humble beginnings. He was born and brought up in Andhra Pradesh in a Farmer family but being good at studies, his family encouraged him to become a doctor, his hard work helped him to get admission in one of the prestigious college of Andhra Pradesh from where he completed his MBBS. He faced some hurdles in his life both financial and emotional as when he took admission into college, his father’s sudden demise broke the family down. It was really tough for Arjun and his family but he never gave up on his dreams.

Medical Career And Research In The Fitness And Wellness Field.

After completing his MBBS, he served as a CMO for 3 years in Kerala while preparing for his post-graduation at the same time. Later on, he did PG(DNB Family Medicine) at Lourdes Hospital, Kochi, Kerala. While working as a Doctor in a secondary care hospital in Thrisssur, Kerala, Arjun thought of going under Physical Transformation as he noticed that he is putting on weight and he carried on an extensive research on nutrition, balanced diet and training methods. He used those methods on himself and lost 22 KGs in 1 year. Surprised by his transformation, people started to seek his advice and that is when he decided to open his own Instagram Influencer journey and opened an Instagram page called “eathealthywitharjun” and has built a strong community and he doesn’t forget to give his valuable time and tips to his community members on daily basis. He is providing the authentic scientific based information to the community via his page “eathealthywitharjun” for completely free.

As of now, his Instagram page “eathealthywitharjun” has 15.6K followers and is growing rapidly. Being a fitness influencer and a Doctor at the same time, He says that fitness is an all-round development journey that should focus on overall lifestyle modification that includes eating a balanced diet in right proportions and training optimally. Whatever he has achieved is a result of exercise, diet and mental awareness about his fitness goals. Arjun emphasises on the role of our homemade food and diet and says that we should enjoy every homemade Food rather than choosing tasteless bland diet. About his future, he says that he wants to show people a pathway through his page and community and want to aware people to not only be dependent on the medicines but also change their diet for their health benefit as it will change their entire life and help them achieve their fitness goals even earlier.