Karisma's black midi dress belonged to the house of Dash and Dot. She paired her outfit with strappy nude heels and looked magnificent in her outfit of the day. 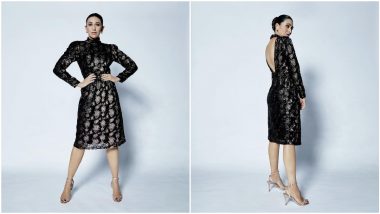 As Shilpa Shetty Kundra is unable to judge Super Dancer Chapter 4 these days, Karisma Kapoor has taken over her mantle. The Judwaa actress is currently busy being a glamorous judge on the show and she's certainly making a mark with all her fashion outings. After she wooed our hearts in her red sharara set from her first episode, Kapoor girl returned with yet another smashing appearance, this time a bit more glamorous. Karisma took to her Instagram account to share pictures in the same and we are certainly smitten. Fashion Faceoff: Mouni Roy or Karisma Kapoor, Who Nailed This Monochrome Sequined Saree By Manish Malhotra Better?

Karisma's black midi dress belonged to the house of Dash and Dot. She paired her outfit with strappy nude heels and looked magnificent in her outfit of the day. With nude makeup, curled eyelashes, well-defined brows and hair tied in a sleek bun, she kept her styling simple but radiant. It's been a long since we saw Lolo making some remarkable appearances and we are glad for she hasn't lost her touch. Karisma Kapoor Birthday: A Quintessential Diva Who Does Fashion Like No One Else (View Pics). 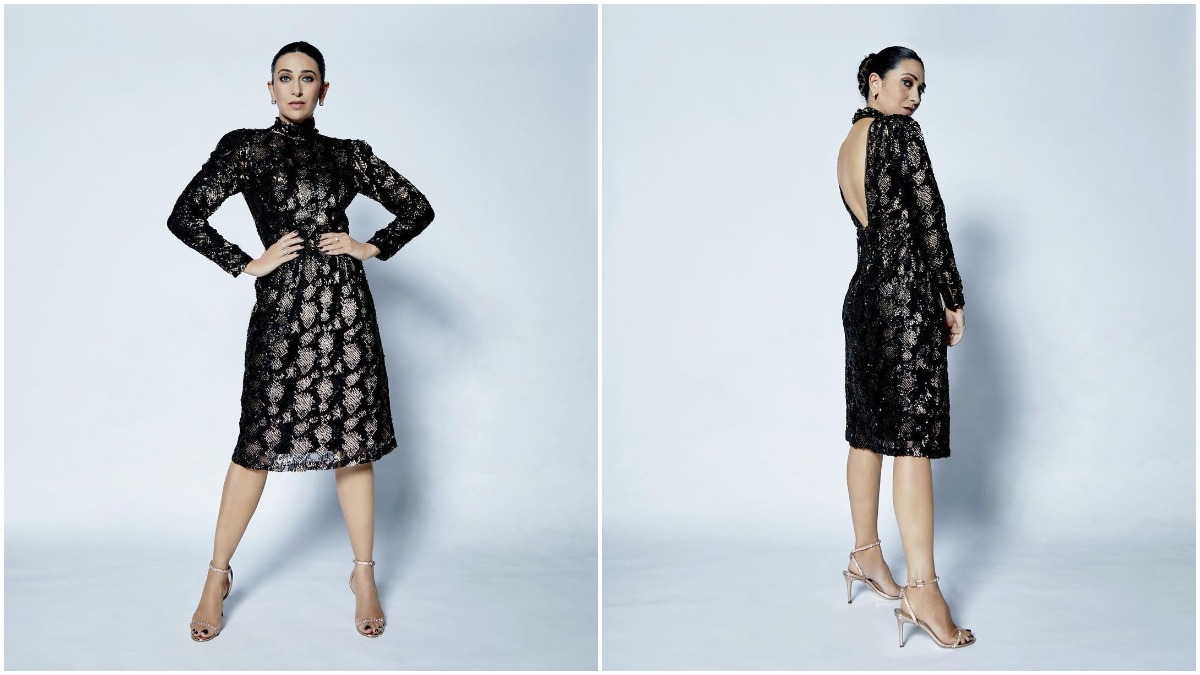 Karisma was among the many celebrities who marked her OTT debut with ZEE5's Mentalhood, a series that focussed on motherhood. While the show received a good response, the makers are yet to announce season 2 of the same. And here's hoping that the announcement comes very soon.

(The above story first appeared on LatestLY on Jul 22, 2021 09:57 PM IST. For more news and updates on politics, world, sports, entertainment and lifestyle, log on to our website latestly.com).