Nora Fatehi Has That Shimmy Shimmy Ya Vibe Going With This Twirly Self Portrait Dress! 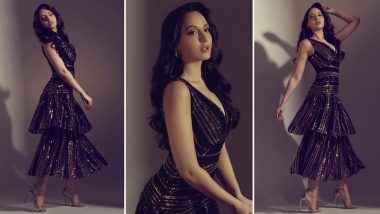 We have no qualms in admitting that this girl does edgy fashion a tad differently than others! Firstly, edgy fashion is not everyone's cup of tea but doing so with oodles of sophistication is something that Nora Fatehi nailed with every vibe she decides to take on. Nora Fatehi took to the gram to stun us with a photo shoot. Flaunting a shimmery metallic Self Portrait dress with a tiered detailing, Nora's classy chic vibe was aided by a subtle glam, dainty jewellery and sleek hair game. The Dilbar girl who is now also a Pachtaoge girl has Bigg Boss 9 and Jhalak Dikhhla Jaa to her credit. She went on to clinch a slew of songs and a meaty role in the Remo D'Souza directed Street Dancer 3D that released earlier this year.

Often styled by Maneka Harisinghani, Nora plays muse to some of the snazziest creations with her toned, lithe frame, lustrous long locks and striking features perfectly in sync with every style. Not the one to flood her gram with always well-crafted styles, Nora has maintained a steady pace of poignant, moody styles like athleisure, laidback and non-fussy, lucid vibes.  a closer look at Nora's style. Nora Fatehi Swaps Oomph for Six Yards of Unrecognisable Elegance! 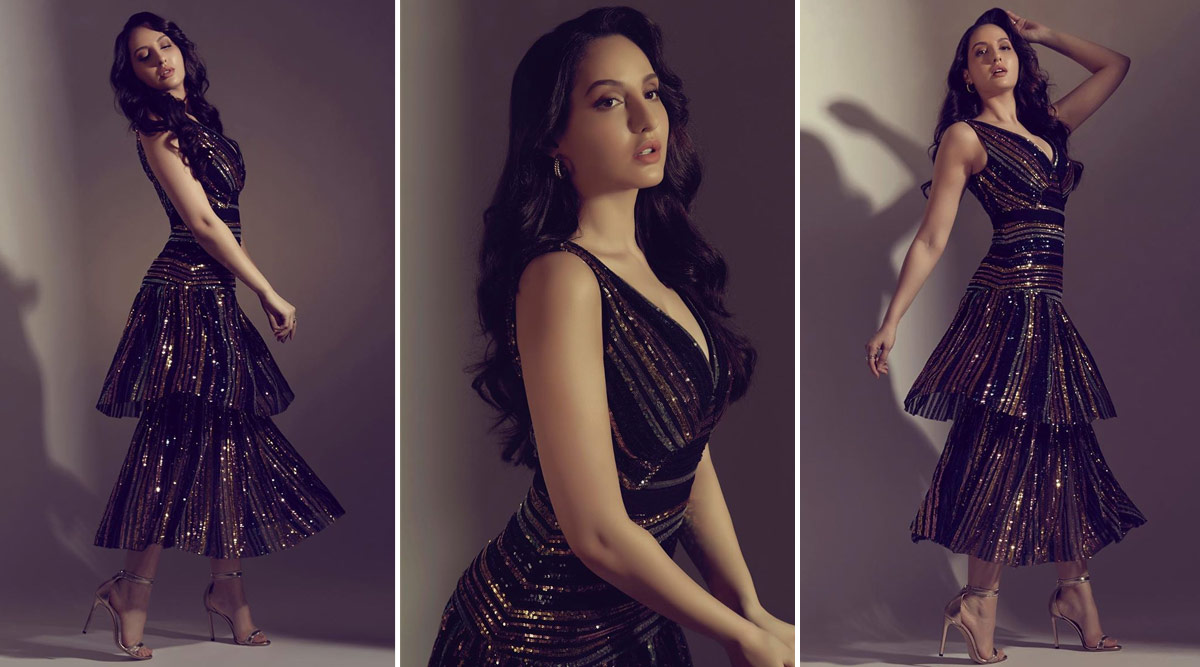 Nora was last seen in Street Dancer 3D that released earlier this year, sharing screen space with Varun Dhawan, Shraddha Kapoor, Prabhu Deva. She will be seen in Bhuj: The Pride of India featuring alongside Sanjay Dutt, Sonakshi Sinha, Sharad Kelkar, Ammy Virk and Pranitha Subhash. A biographical war action film directed, co-produced and written by Abhishek Dudhaiya set during the Indo-Pakistani War of 1971, it is about the life of IAF Squadron Leader Vijay Karnik, the then in-charge of the Bhuj airport who and his team reconstructed the IAF airbase with the help of 300 local women. The film will be released on the OTT platform, Disney + Hotstar.

(The above story first appeared on LatestLY on Sep 18, 2020 05:30 PM IST. For more news and updates on politics, world, sports, entertainment and lifestyle, log on to our website latestly.com).