Yo or Hell No? Amyra Dastur in Yousef Akbar for Sol Lions Gold Awards 2020 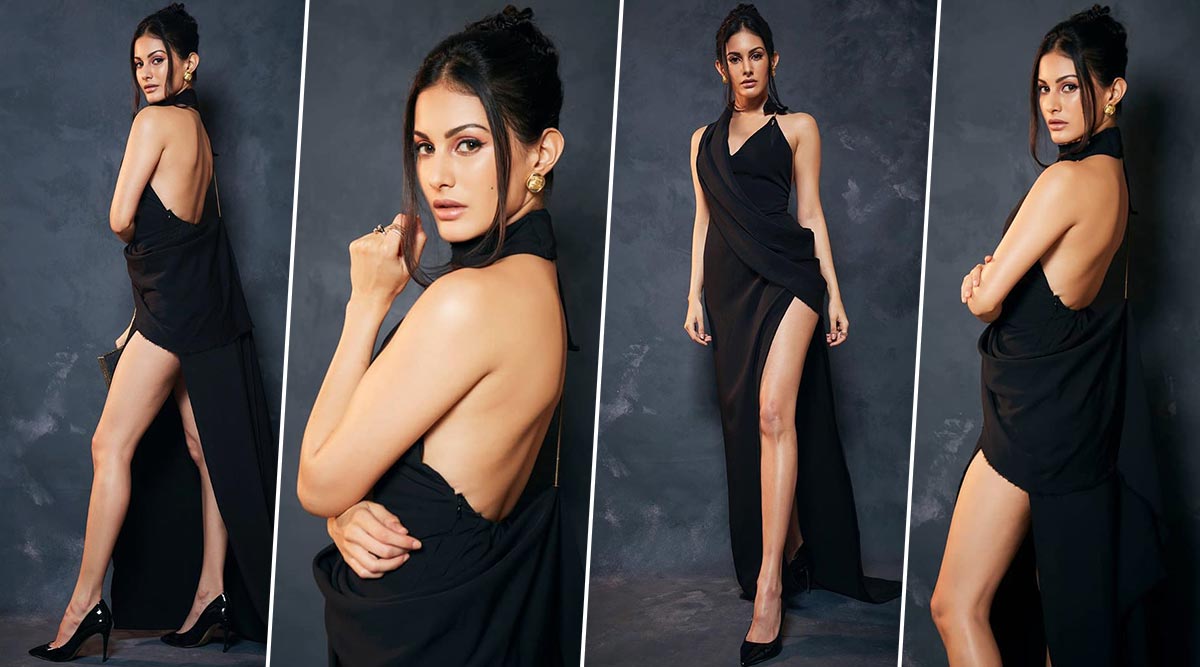 Amyra Dastur, the stunning actress who has appeared in several Hindi, Tamil and Telugu films is also a fashionista. The millennial is known for her minimal style. Not the one to shy away from experimenting with risque cuts, bold silhouettes and unusual hues, Amyra turned heads last night with her appearance. The 26th edition of the Sol Lions Gold Awards 2020 saw Amyra Dastur pull off a risque black Yousef Akbar gown.

It was a black silk gown featuring a thigh-high slit and a plunging V-neckline. Delicate baubles by Amrapali and Anmol upped the look as Amyra slipped into a pair of black pumps. A chic updo and subtle makeup completed her look. Prassthanam Song Dil Dariyan: Ali Fazal and Amyra Dastur Make For a Refreshing Pair in This Romantic Track

On the professional front, Amyra was last seen as Roopa in Made In China. She will be seen in the Tamil film, Odi Odi Uzhaikanum with Santhanam and in the Hindi remake of the Tamil film, Raju Gadu titled Pilfer Singh.