All Souls' Day is observed to honour the dead. Christians observe the day to remember their deceased relatives and other near ones. 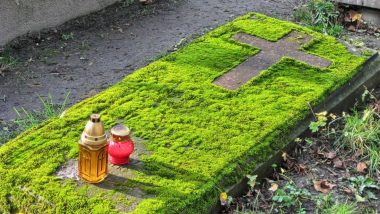 All Souls' Day is observed to honour the dead. Christians observe the day to remember their deceased relatives and other near ones. In Western Christianity, the day is observed on November 2. It is associated with the season of Allhallowtide including All Saints' Day which is observed on November 1 and Halloween on October 31. While All Souls Day is primarily followed by the Catholic Church, the Eastern Orthodox Church and other denominations of Christianity also follow it. The Anglican church is the largest protestant church to observe it. Customs, beliefs, traditions and practices related to All Souls' Day vary among Christian churches and denominations.

Some section of Christians visit cemeteries and place candles on the grave of their loved one. The Catholic Church remembers deceased members of the congregation on this day. In many parts of the United States, especially in the Latin American communities, Día de los Muertos (Day of the Dead) is celebrated. Parades, events, group celebrations are held on November 1st and 2nd to coincide with All Souls' Day and All Saints' Day. People wear masks and carry signs to honour the dead. Some also set up altars at home in memory of their departed ones.

All Souls' Day was first instituted at a monastery in Frace's Cluny in 993 CE. Thereafter the observance spread and began to be observed among most Christian communities. Saint Odilo, the abbot of Cluny in France proposed All Saints' Day in the 10the century to honour the deceased. The observance can be traced back to the various indigenous groups such as Aztecs and other pre-Hispanic civilizations from 3000 years ago. During those times, skulls were skulls in rituals to symbolise death and rebirth.

Symbolising death or rebirth, skulls are decorated and made for the day. Traditionally, marigold is associated with the dead. Some say that the flower represents the rays of the Sun showing life, indicating how the dead have not lost their place in the universe.

(The above story first appeared on LatestLY on Nov 02, 2019 08:00 AM IST. For more news and updates on politics, world, sports, entertainment and lifestyle, log on to our website latestly.com).