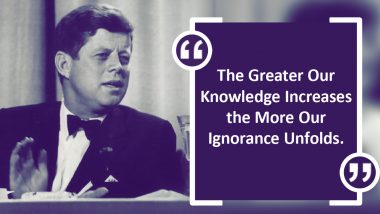 John F Kennedy, the 35th President of the United States of America was born on May 29, 1917. Today marks his 103rd birth anniversary. He led his country during very interesting times of the Cold War when the Americans were involved in a feisty scrimmage with the Communists. When he took over the helms of his nation in January 1961, America was grappling under recession and several key international affairs threatened domestic matters. President Kennedy through a series of anti-recessionary acceleration program helped America battle recession and come out of it smoothly. The growth rate which America saw during these tough times is the best it has in its history. Despite relatively young age, JFK had a sense of maturity which few Presidents have managed to replicate. His negotiations with Soviet leader Nikita Khrushchev helped avert a major nuclear war. On his 103rd birth anniversary, we give you quotes and sayings by the great leader.

John F Kennedy before serving as the US president was man known for his valour when he commanded a series of PT boats during his stint at the US Naval Reserve in the World War II. Despite being severely injured, he led his subordinates to safety for which he was awarded the Marine Corps Medal. Being a part of rich political family, public service could not remain alluded from him for long. His political career started with a win in the Democratic primary for Massachusetts’ Eleventh Congressional District and in November 1946 he was elected to the House of Representatives. Slowly and steadily, JFK rose through the ranks and at the age of 43, he sworn in as the President of the United States of America on January 20 1961. JFK Birth Anniversary: A Pulitzer Prize Winner with a Superhuman Reading Speed! 9 Interesting John F Kennedy Facts You Should Know. 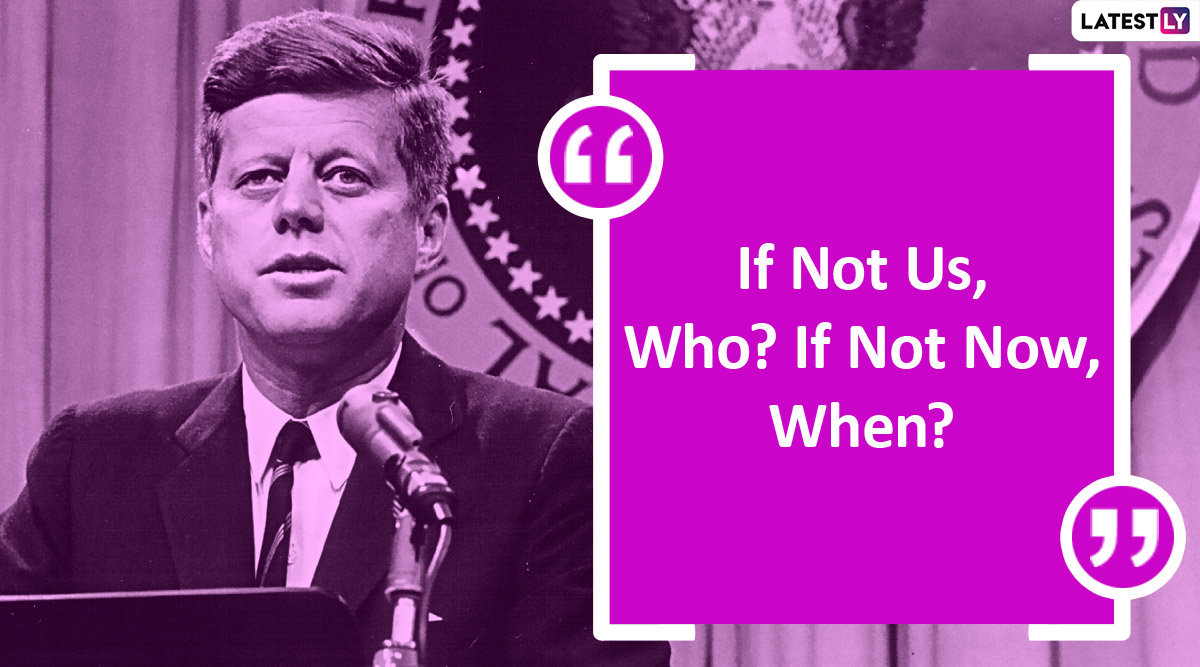 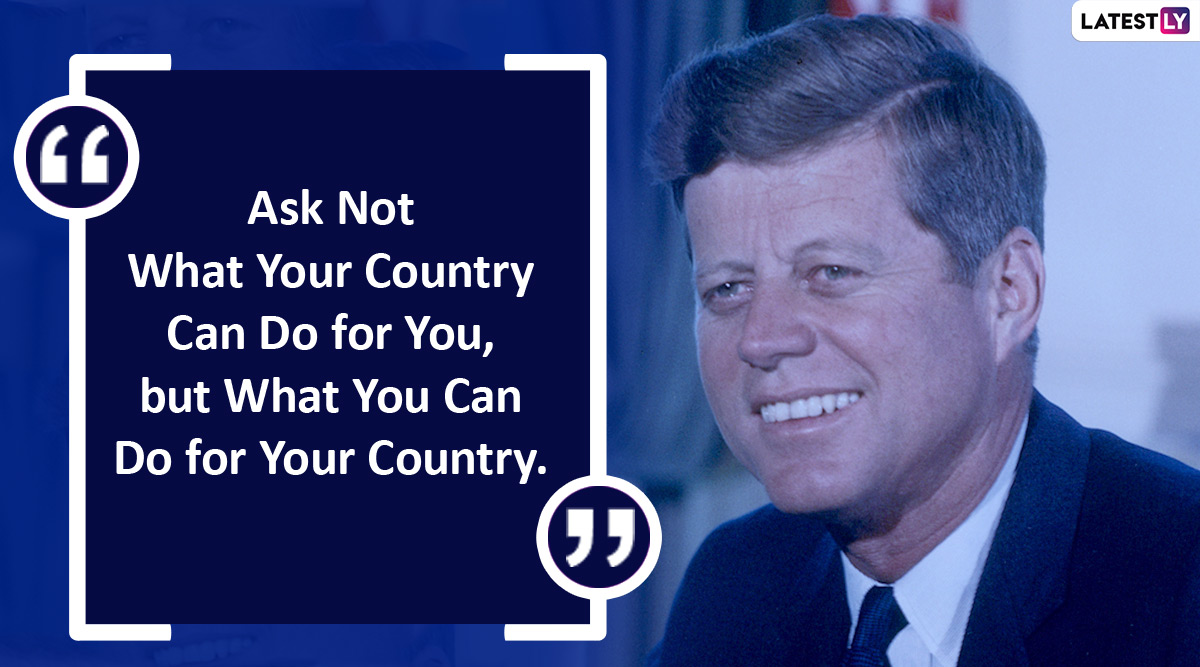 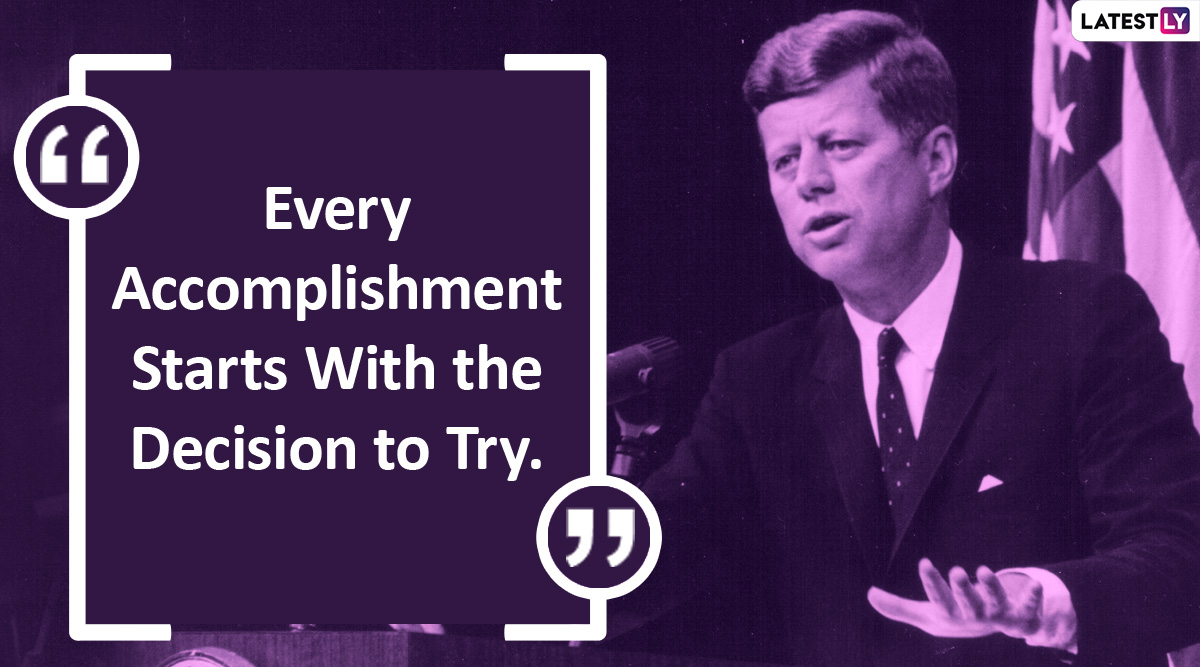 Quote Reads: “Every Accomplishment Starts With the Decision to Try.” 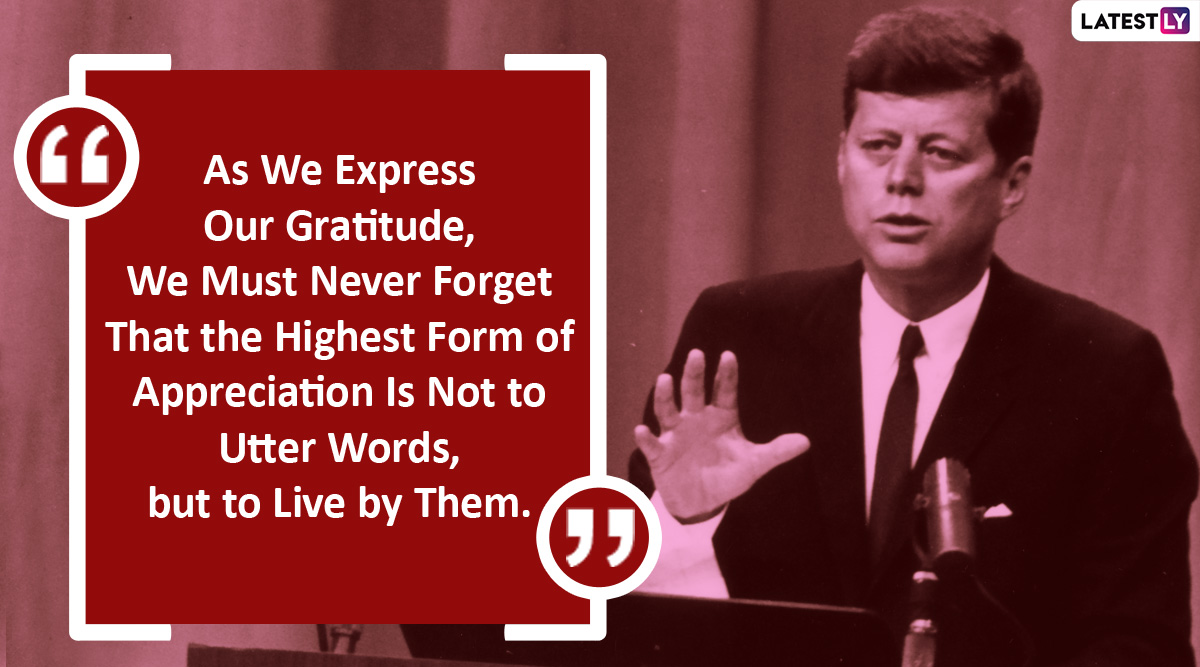 Quote Reads: “As We Express Our Gratitude, We Must Never Forget That the Highest Form of Appreciation Is Not to Utter Words, but to Live by Them.” 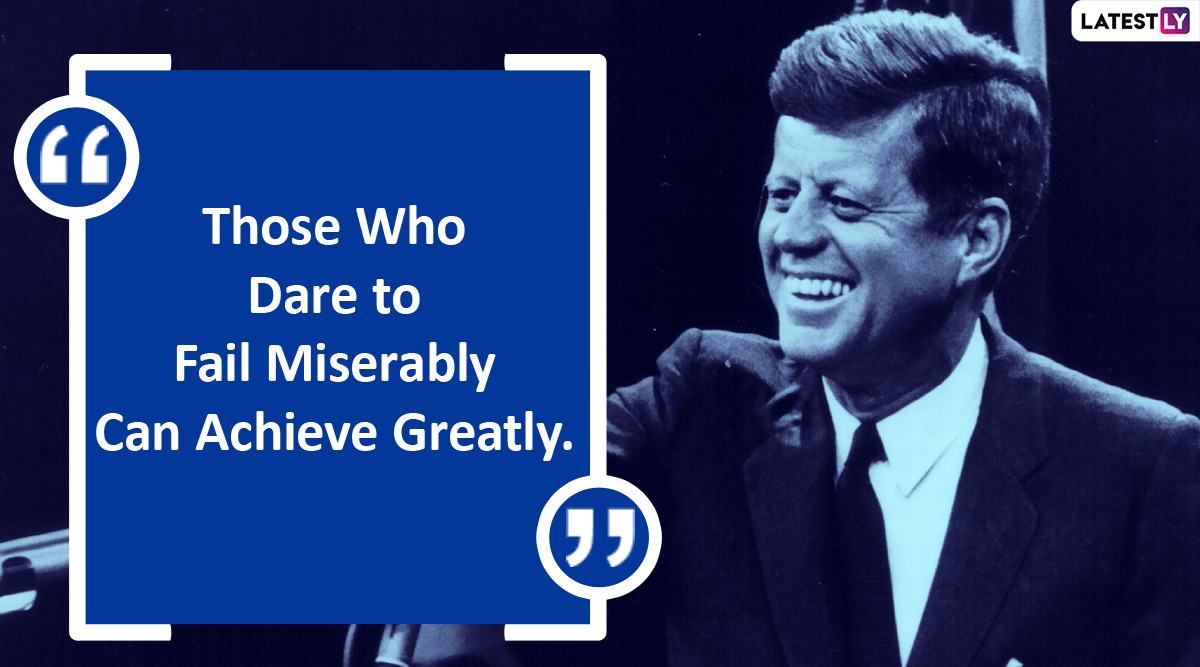 Quote Reads: “Those Who Dare to Fail Miserably Can Achieve Greatly.” 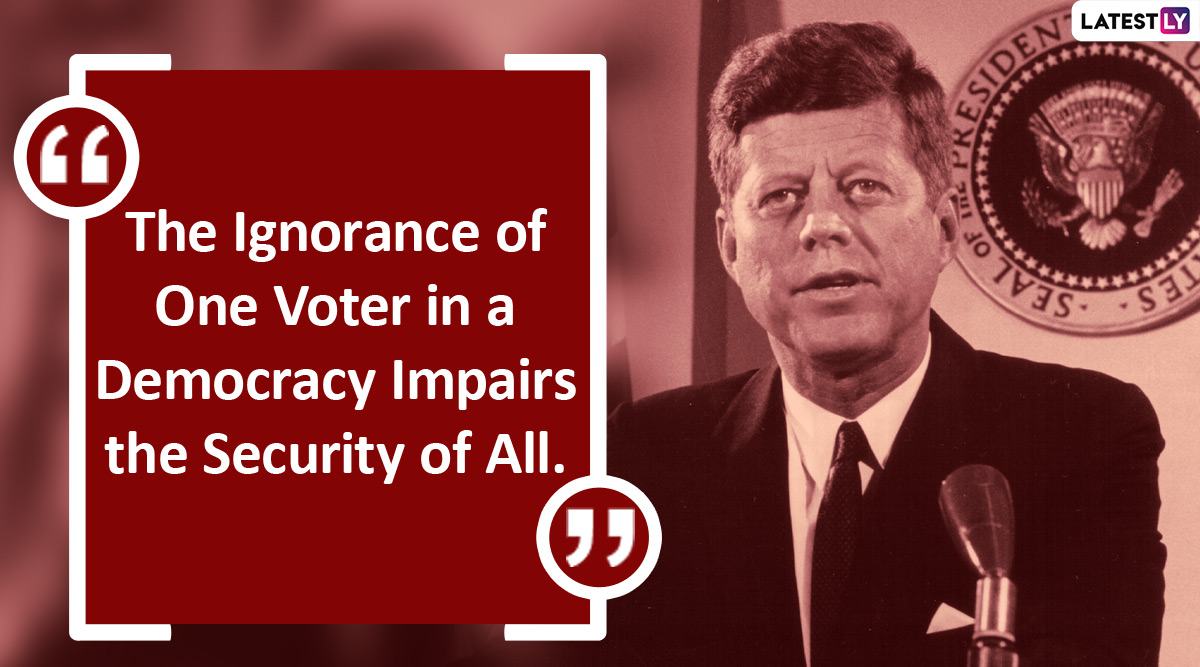 Quote Reads: “The Ignorance of One Voter in a Democracy Impairs the Security of All.” 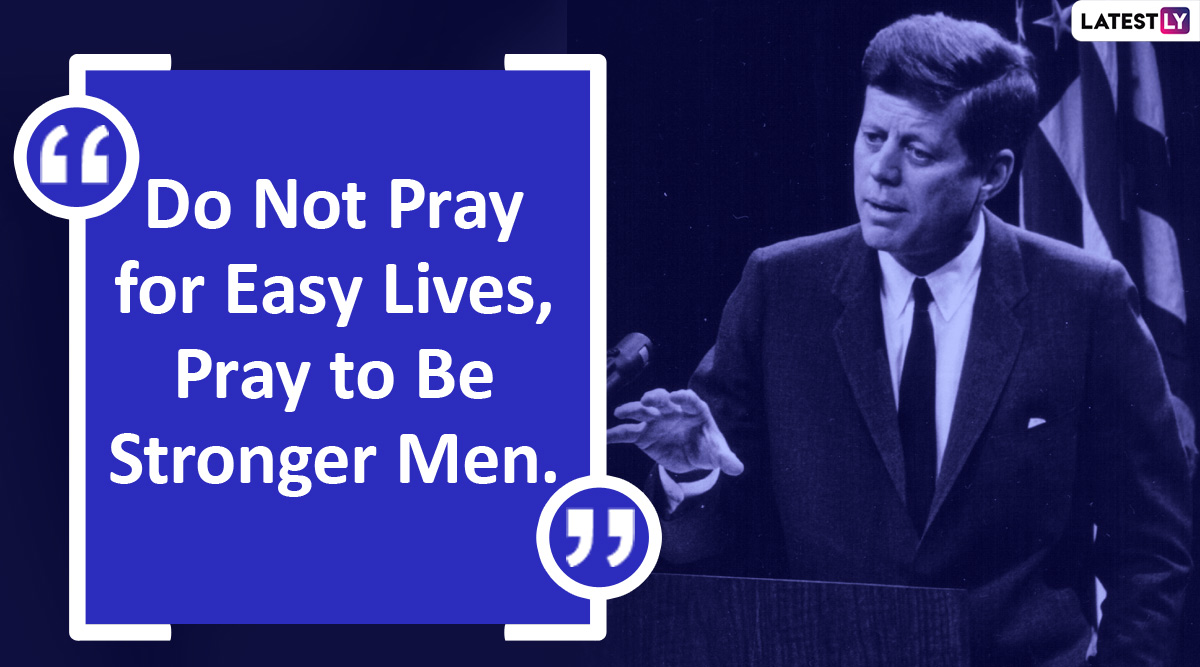 Quote Reads: “Do Not Pray for Easy Lives, Pray to Be Stronger Men.” 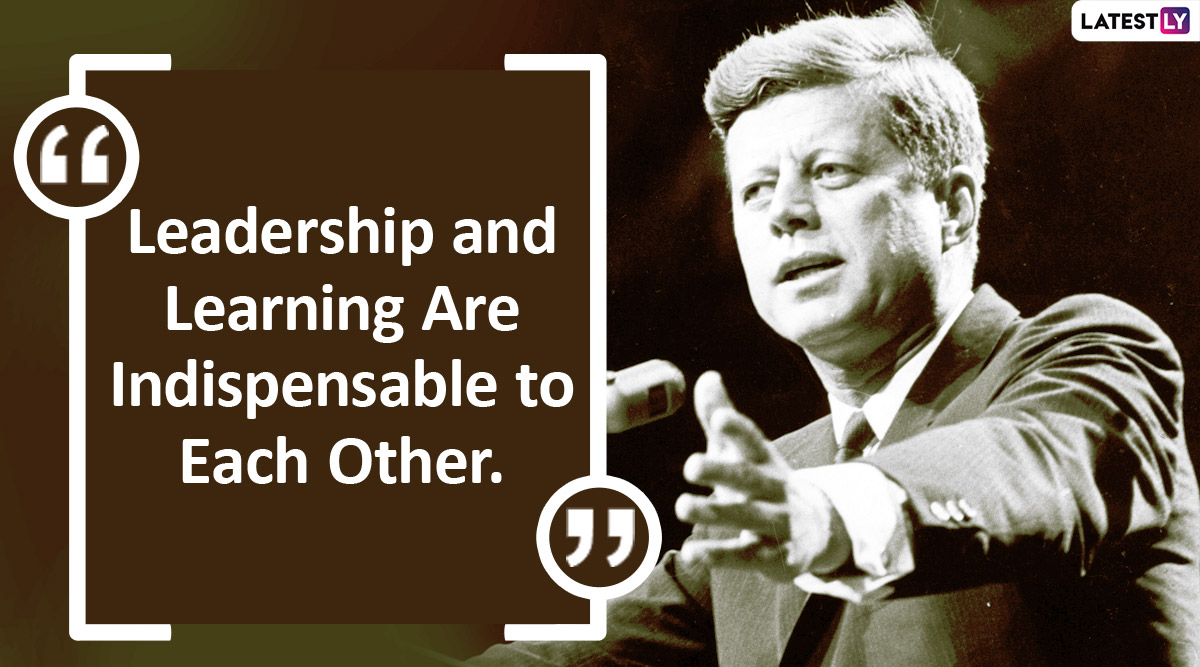 Quote Reads:  “Leadership and Learning Are Indispensable to Each Other.” 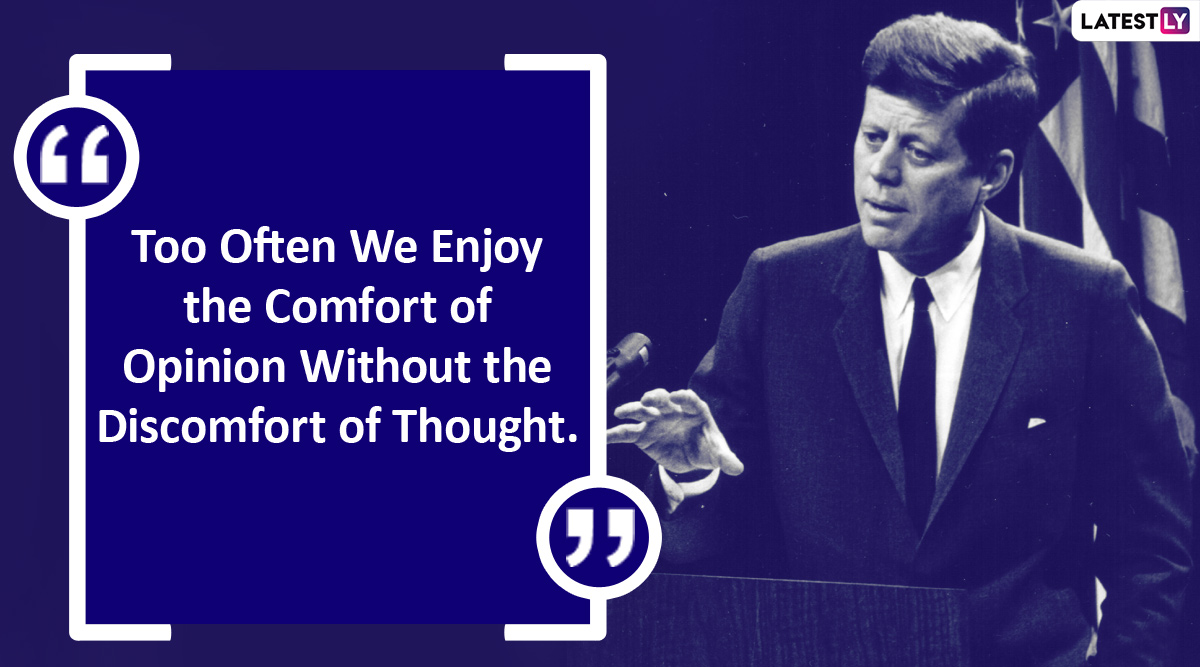 Quote Reads: “Too Often We Enjoy the Comfort of Opinion Without the Discomfort of Thought.” 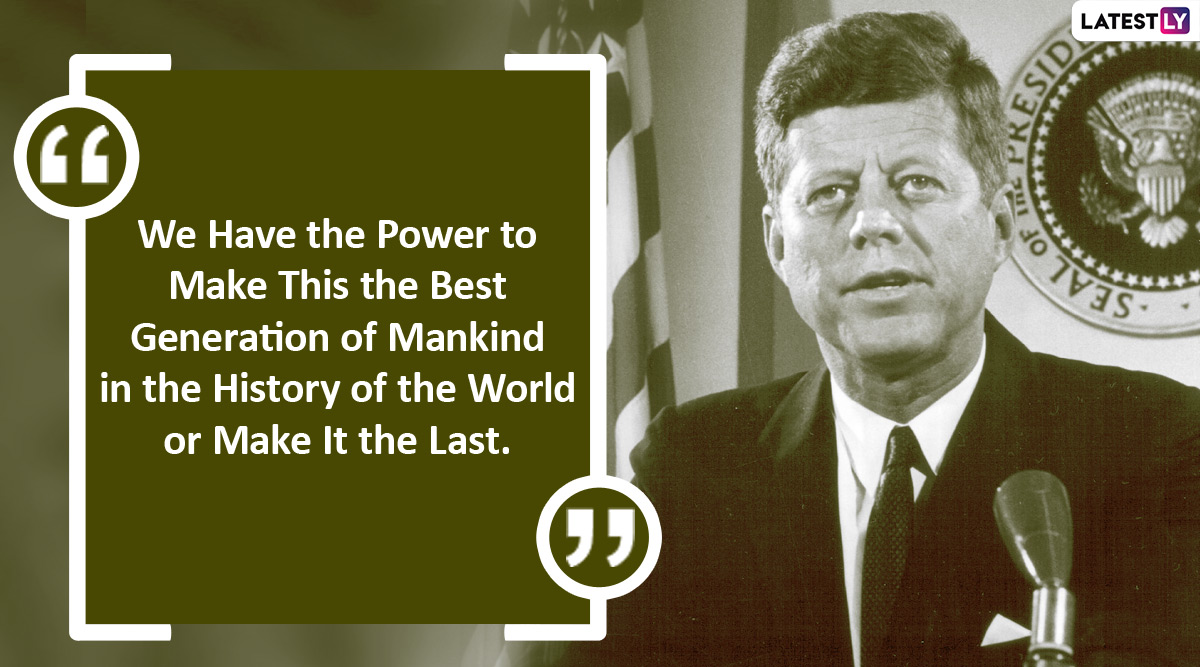 Quote Reads: “We Have the Power to Make This the Best Generation of Mankind in the History of the World or Make It the Last.” 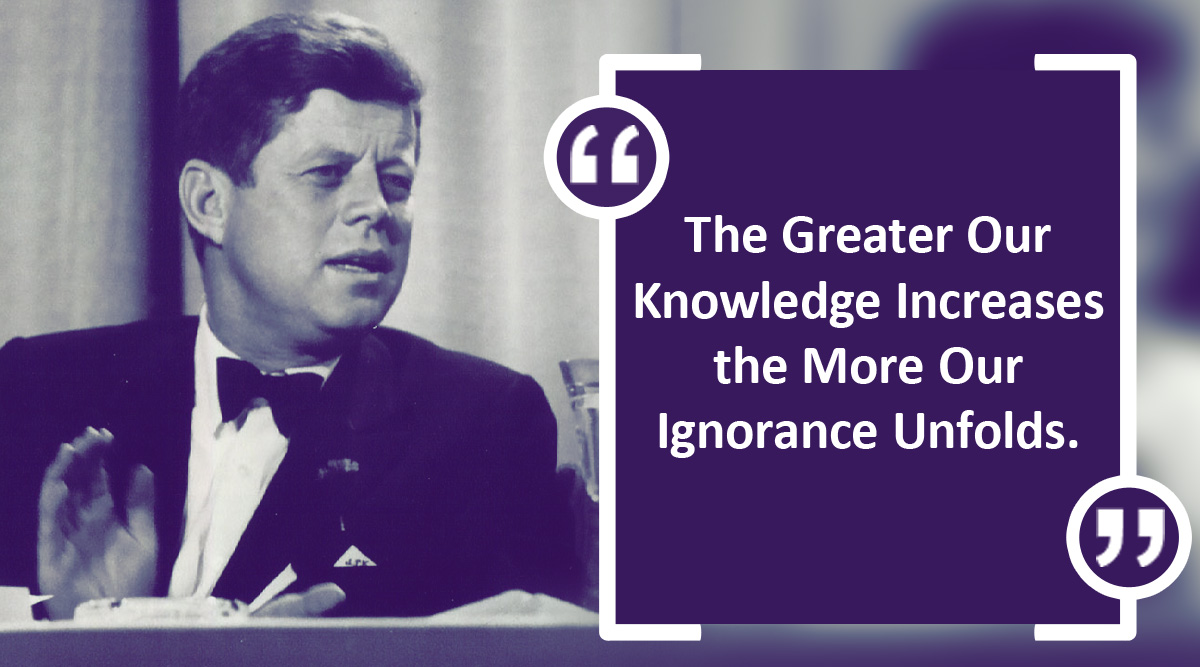 Quote Reads: “The Greater Our Knowledge Increases the More Our Ignorance Unfolds.”

President Kennedy had several layers to his personality and was an astute writer, whose book Profile in Courage won him a Pulitzer Prize. He had clarity of mind on a wide range of issues and spoke with conviction on them. Here we take a look at some of his quotes that are not only inspirational but also tell us a lot of life, love and politics in general.

John F Kennedy remains arguably one of the greatest modern political leaders who impact millions of lives in his short stint as the most powerful man in the world. The world order he set, some of it remains in place even till date.

(The above story first appeared on LatestLY on May 29, 2020 01:02 PM IST. For more news and updates on politics, world, sports, entertainment and lifestyle, log on to our website latestly.com).