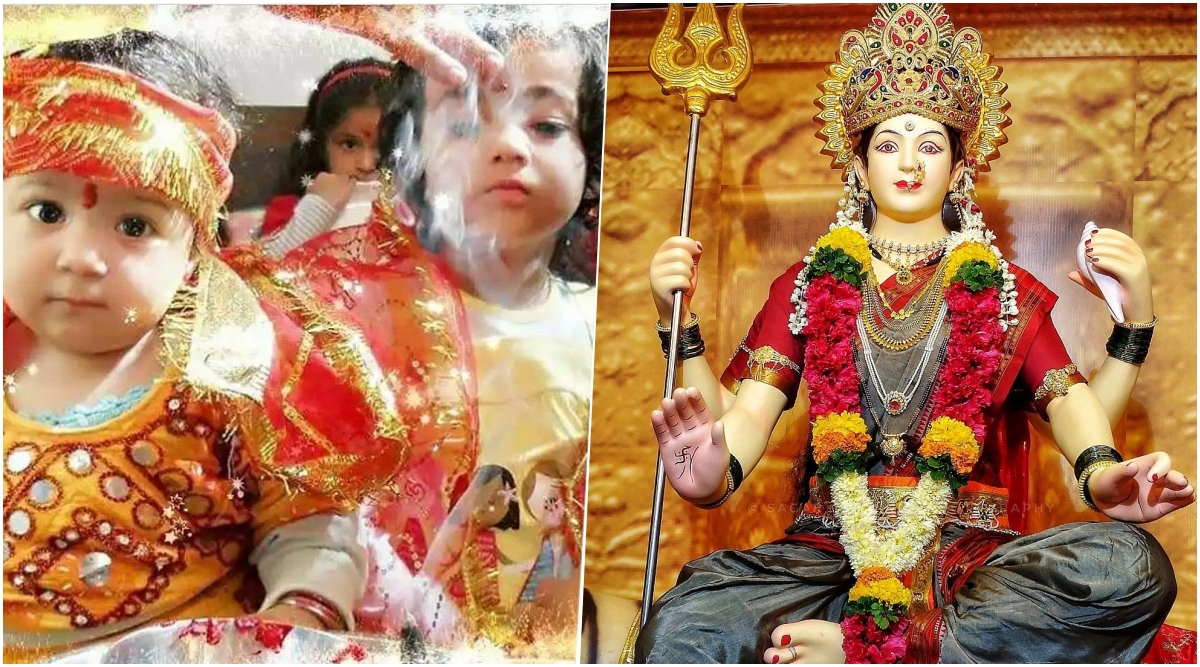 The festival of Chaitra Navaratri begins today, also marking the beginning of Hindu calendar month of Chaitra. This day is also being marked as Gudi Padwa, the new year celebration of the Marathi community. Chaitra Navaratri sees the worship of nine forms of Goddess Durga. And one of the celebrations within these nine days is Kanya Pujan. This ceremony involves the worship of nine girls, who represent the nine forms of Goddess Durga or Navadurga. Kanya Pujan takes place on the day of Ashtami or the eighth day of the Navratri celebrations. This year, Kanya Pujan 2020 will be on April 1 and April 2. Ahead of this ceremonial occasion, we tell you a little more detail about its significance and puja vidhi. Chaitra Navratri 2020 Dos and Don'ts: 10 Important Things to Keep in Mind During Nine-Night Festival to Seek Blessings From Maa Durga.

The nine forms of Goddess Durga, also known as Shakti are, Maa Shailputri, Maa Brahmacharini, Maa Chandrakanta, Maa Kushmanda, Maa Skandmata, Maa Katyayani, Maa Kaalratri, Maa Mahagauri, and Maa Siddhidatri. On the day of Kanya Puja, nine young girls preferably between the age of 3 to 10 are worshipped, considering them to be an image of Maa Durga. Chaitra Navratri 2020 Puja Vidhi and Samagri: Know Shubh Muhurat and Important Rituals to Follow During the Nine-Night Festival.

Significance of Kanya Puja During Navaratri

Hinduism believes that the creative forces in the universe are of the female gender. All the energies are represented by various goddesses. Devi Durga Maa is also believed to be the inspiration of Mahamaya, who created the Gods and cosmos. So Kanya Puja is considered a part of Devi worship, to recognise the female power. Devi symbolises the worship of the feminine. Kanya (girl) who have not reached the age of puberty is considered auspicious and most clear-minded and souled individual to invoke the Adishakti. A female child is considered to be a form of Devi who will take different roles (forms of Goddess Maa) in life as she grows up.

A separate Kanya Puja thali is made. It has red vermilion, chunari (red cloth) and prasad. Little girls are welcomed home and their feet are washed. A red chunni is offered to them and special food items are also prepared for the day. The prasad could be sweet halwa and puri. People seek blessings from them by touching their feet. The Kanya puja ends with the girls being offered gifts or money.