Navratri 2020 After Adhik Maas in the Leap Year: Know More About This Auspicious Phenomenon That Is Taking Place After 165 Years and Its Astrological Impacts 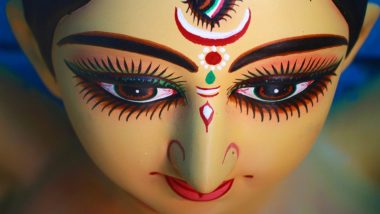 This year Navratri 2020 will not be celebrated immediately after Shraadh because of adhik maas. Moreover, 2020 is also a leap year and this type of auspicious co-incidence is only taking place after 165 years. According to the Hindu calendar, an additional month is added once every three years, which is called Adhik Maas aka Adhik Ashwin Maas or Purushottam. This is happening due to it being a leap year and Chaturmas, which always lasts for four months, this year will go on for five months. After 165 years both the leap year and the Adhik Maas are happening in a year. And it makes it incredibly rare. However, during adhik maas no auspicious events will take place. Navratri 2020 Dates & Shubh Muhurat: Know the Auspicious Timings When The Nine-Day Festival of Navaratri Will Be Celebrated After Adhik Ashwin Maas in Leap Year.

In this period, worship, fasting and meditation hold a special place. After this, the Gods are expected to awaken only after Devuthani Ekadashi. This year, Shraddh will end on September, 17 2020 and Adhik maas will start on the next day, and last till October 16. After this, Navratri will be observed from October 17 for 9 days. Adhik Maas is also called Malamas. According to holy beliefs, Lord Vishnu has given his name to Purushottam month. The first Purushottami Ekadashi of Adhimas will take place on September 27 and the second on October 13.

Chaturmas which is usually for four months, will be for five months. According to astrology, after 165 years, both leap year and adhik maas are happening in a year.  Only after Chaturmas, auspicious tasks like marriage, mundan ceremonies etc. will begin.

(The above story first appeared on LatestLY on Sep 18, 2020 06:04 PM IST. For more news and updates on politics, world, sports, entertainment and lifestyle, log on to our website latestly.com).